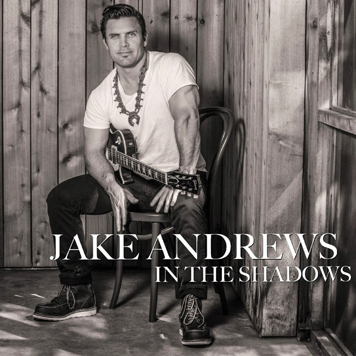 Twenty-three years ago, a guitarist who shall remain nameless was booked to play SXSW only to discover his slot was right after Jake Andrews, better known as 13-year-old “Guitar Jake” at the time. The W.C. Fields quote, “Never work with animals or children” was never more apropos.

By that time, the Austin phenom had already played with Gatemouth Brown on TV at age 11 – having jammed with Albert King at Antone’s three years prior! Not someone a 40-something wants to follow.

In the mid ’90s, there was a glut of teenage blues hotshots, but Andrews wisely waited until he was 19 to release his solo debut – though he recorded with Austin’s legendary Grey Ghost when he was 13 and the pianist was 89. He could have cut a killer album of Freddie and Albert King covers then or now, but he waited to find his own voice.

Now 37, he’s segued from blues-rock heavily influenced by Stevie Ray to harder-edged rock with mature vocals and a varied guitar palette. There’s still plenty of bluesy licks, as on “Roll With You,” recalling Doyle Bramhall, Sr., but the herky-jerky instrumental “Breakaway” defies categorization.