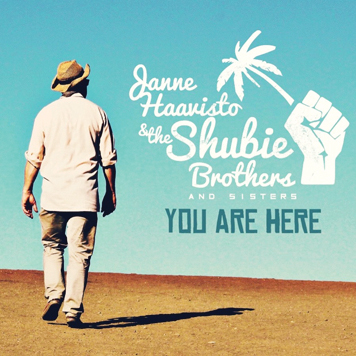 Guitarist/drummer Haavisto is the surf auteur from Finland and co-founder of the defunct Laika and the Cosmonauts. He’s still making “instro” rock, but don’t expect delirious old-school surf; rather, the Finn is taking instro to the moody Hollywood soundtracks of the ’60s. Think of a sultry mix between twangy guitars and the classic scores of Quincy Jones, Henry Mancini (Touch of Evil), and Ennio Morricone. Big influences from the Wrecking Crew, too.

One of the best cuts, “Searching For Mr. M,” has silky strings and an Afro-jazz groove under Jussi Jaakonaho’s reverby baritone axe – Haavisto has a knack for writing memorable guitar hooks, and nails it here.

“The Grey Eminence” is another dreamy, cinematic gem, featuring walls of guitar, baritone, and even pedal steel. “Kuusamon Kotra” assimilates a 1963 track written by his father, himself a noted Finnish musician, while “Hazy Hollow” was co-written by Teisco Del Rey and the Ventures’ Bob Spalding, the latter adding guitar to the alluring melody.

Whether you love surf/instro, fat Fender-reverb tones, or vintage Hollywood, grab this disc with confidence. It’s one of those endlessly hip CDs you’ll leave in the car, and play over and over, hearing fresh guitar licks with each spin.