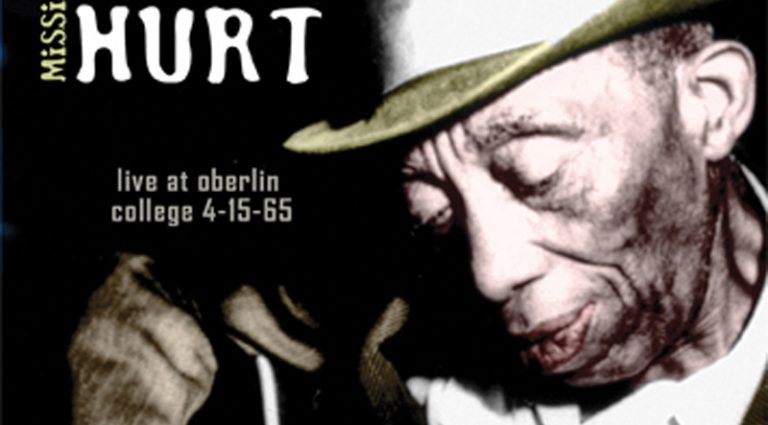 Trying to categorize John Hurt is almost impossible, as he worked in so many traditions: country blues, gospel, and within the larger fabric of American folk music. He was a Southern “songster” who recorded some sides in 1928 and then disappeared for over three decades, reemerging in the early ’60s as young white audiences rediscovered our nation’s roots music. And unlike the category of true Delta blues, Hurt’s peripatetic bass lines have far more to do with Piedmont blues, ragtime, and stride-piano approaches.

This live set was cut during Hurt’s career renaissance and features the guitarist singing and fingerpicking, likely on a Guild flat-top. The audio is terrific – more than a half-century later, it sounds like he’s in the room with the listener, John’s soft-spoken vocals on “Candy Man” drawing you into the music.

“My Creole Belle” lopes along at a friendly pace, but never doubt the virtuosity behind it: Hurt was a one-man tour de force, playing all bass and harmony parts on guitar and singing alternately tender, spiritual, or witty lyrics on top. The lyrics and intricate picking in his murder-ballad “Frankie And Albert” are another highpoint.

All told, this is a telling document, not only of the ’60s blues revival, but of a legendary guitarist who lived, played, and survived in the hardscrabble South of a century ago. It’s powerful stuff.