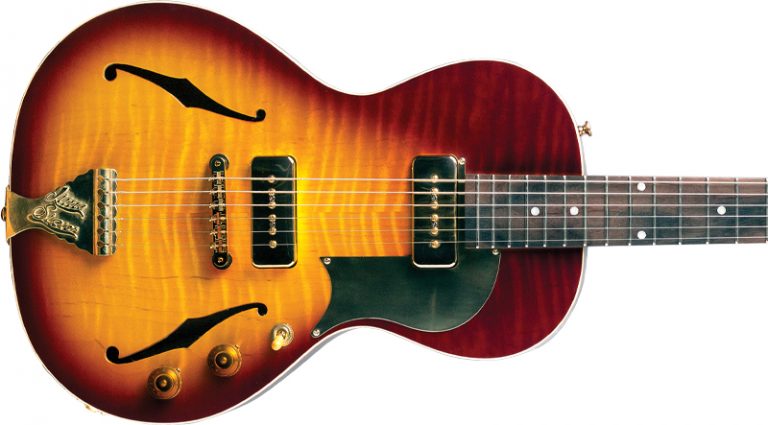 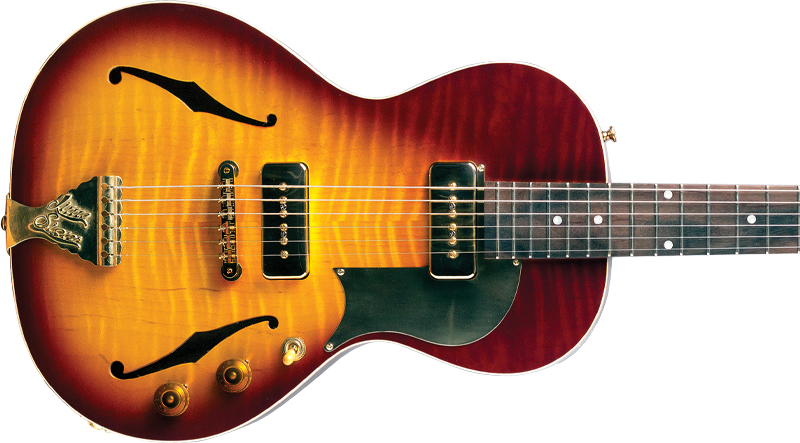 B&G Guitars just about do it all – from mixing their own nitro finishes to winding pickups and even casting their own brass hardware. Their goal? To re-create the feeling of playing an old guitar, while at the same time updating those old magic formulas.

Inspired by vintage parlor and early Les Pauls, B&G’s Little Sister is indeed a tribute to guitars of yore, in both fit and form.

Available in single- and non-cutaway versions, the Little Sister comes in an array of velvety ’bursts (Tobacco, Brown, Lemon, Cherry, Honey, and Black), as well as Black Widow and Natural.

Letting loose with those first few strums on the P-90-equipped test model, it was immediately obvious how wonderfully the mahogany neck’s soft V profile fits in the hand, its 12″ radius great for easier bends and a Les Paul-like action. The fretwork on the rosewood fingerboard was immaculate and vintage skinny.

For electronics and hardware, the Little Sister features B&G’s pickups, Waverly tuners, and a bevy of brass: pickup covers, ABR bridge, a handsome tailpiece, even the pickguard.

Unplugged, the Little Sister exhibits the sound and feel of a vintage parlor or a skinnier version of Gibson’s prewar ES-150, with great sustain and overtones that ring out in the mids with a warm and woody sound.

Plugged into a Hi-Tone DR-30 head and a Hi-Tone 2×12 DR-F cabinet, the bridge pickup sounded like a P-90 through gritted teeth – it really barked when the guitar was dug into. With overdriven tones, the bridge pickup growled, crooned, and sang with a deep and gutty tone. The neck pickup was warm and round, though it perhaps lacked some top-end detail. That said, it did mimic that sort of aged, high-impedance sound.

But true to B&G’s intent, the Little Sister does well to emulate the feel of classic prewar electrics – and looks great doing it.