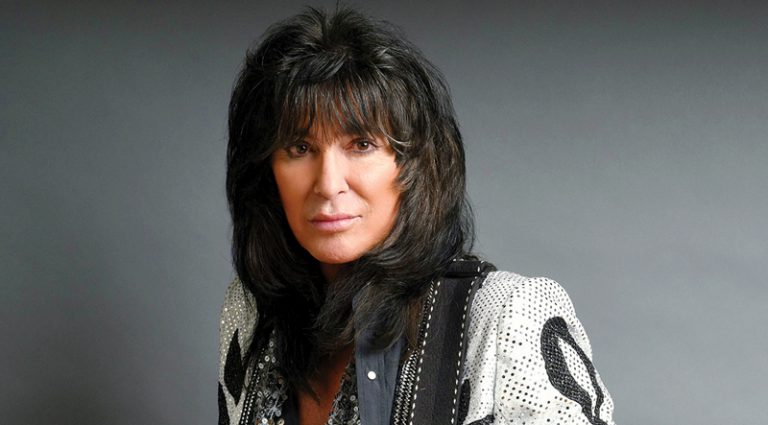 In the 1970s, glam-rockers Angel carved a niche with five albums of arena-rock anthems and an image that stood in antithesis to their Casablanca label mates, Kiss. After retiring from the music business in the ’80s, guitarist Punky Meadows returned last year with his first solo album, Fallen Angel.

What have you been up to since Angel?

After Angel, Gregg [Giuffria] and I put together variations of the band and shopped deals, but things didn’t pan out. So I went back East, opened some businesses that did really well, got into the stock market and had some properties. After selling them and my businesses, I went completely into the stock market, then retired from everything and lived in North Carolina.

Two years ago, I did an interview with Keith Roth’s “Electric Ballroom” show on WRAT radio, and it crashed their website! Keith said, “In 17 years interviewing everybody from Jimmy Page and Robert Plant to Keith Richards, I’ve never seen that happen.” I was dumbfounded – and I started getting record offers. I signed with Mainman and recorded Fallen Angel. Danny Farrow and I started writing, and we had great chemistry. I’m really a blues guitar player – I grew up on all the English blues players – Beck, Clapton, Page, Gary Moore, David Gilmour, and Hendrix, who of course wasn’t English but went to England to make it. But I love pop music, heavy rock, and country music, too. My tastes are pretty varied.

What gear do you use?

I have a hybrid I put together. I love Carvin guitars, and I think they make the best single-coil pickups ever – really nice wet, Stevie Ray/Hendrix tone with the neck pickup. So, it has a Carvin neck and I carved the headstock like a Tele. It has a Strat body and Super-Vee vibrato, which is great, and a Mag-Lok that’s great because I’m into country, and love doing double-stop bends. When you bend strings, it holds the bar steady. But when you push it down, the magnets come apart and you can use the bar and it stays in tune.

I also have an actaul Carvin guitar that’s all over the record, and an old Yamaha DG100, which is a great-sounding amp that sounds like a tube amp. I used that in the studio for everything.

What are your thoughts on Frank Zappa’s song, “Punky’s Whips,” which was inspired by a publicity photo of you?

That was actually very cool. If people take it the wrong way and think it’s a put-down or an insult, well, Frank has always been a satirical writer. Growing up, I had a friend who was a big Zappa fan. We used to go to his house after I played a club, smoke a joint, listen to Zappa, and go, “Man, the dude is a genius. He’s amazing.” So, one day, we’re sitting in my manager’s office in L.A., and my manager goes, “Listen, Terry Bozzio – the drummer for Frank – wants to write a song about you.” I said, “Sure, man. I have friends who are crazy about Frank Zappa.”

So, they wrote the song and sent us a tape. We listen and I go, “Wow… That’s cool!” They said, “Frank is playing at Pauley Pavilion and would like you to come up onstage in full outfit and play the last song with him.”

That song was actually called “Punky’s Lips” because our first publicity photos for Casablanca showed me biting the inside of my lip, but it looked like I was puckering up. It started a little firestorm, and Zappa decided to write a song about that. So, Zappa wanted me to play, and I said, “Yeah. I’ll do it.” But the other guys in the band got jealous, so Zappa invited us to the show and put us in the front row. We’re watching, and there’s this big black scrim up behind the stage. Two flashpots go off, the scrim drops, and there’s that huge picture of me up there! We go backstage, and he says, “Hey, you’re a really good sport. You should come over to my house sometime, and we’ll write some songs.”