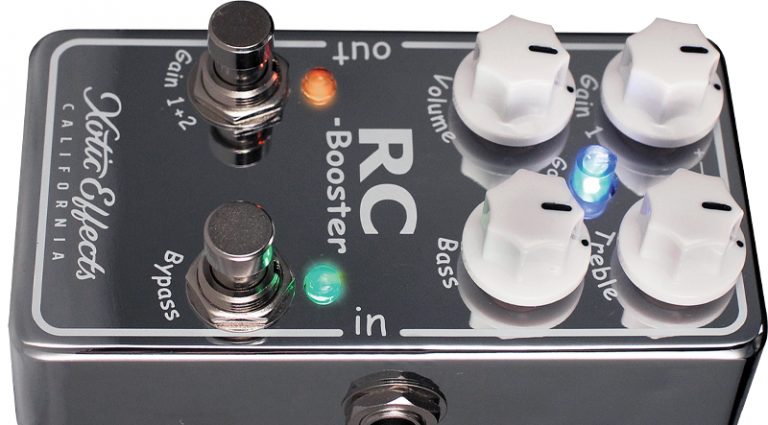 Gear designers tend to avoid straying from the workbench – and too often, outside their imaginations. But when professional musicians get involved in designing music gear, good things can happen. Acclaimed fusion guitarist Scott Henderson has brought the live performance experiences to the gear world with the Xotic Effects RC Booster Version 2.

Inspired by the RCB-SH signature model, Version 2 offers the same tonal recipe for volume boost and clear enhancement as Version 1, but adds a Gain channel for low-level overdrive and the ability to engage both channels simultaneously.

On top are large knobs for Gain 1, Treble, Volume, and Bass. Located less-than-conveniently between them is a tiny Gain 2 that could prove difficult to adjust on the fly. The “extra” switch combines Gain 1 and 2 for smooth lead tones or the muscle to push a favorite dirt pedal to maximum overdrive.

The RC Booster Version 2 will push a clean amp into overdrive while leaving its personality intact. In other words, it not only adds volume, but gives an amp a beauty makeover – making a dull one come alive and a great one even better.