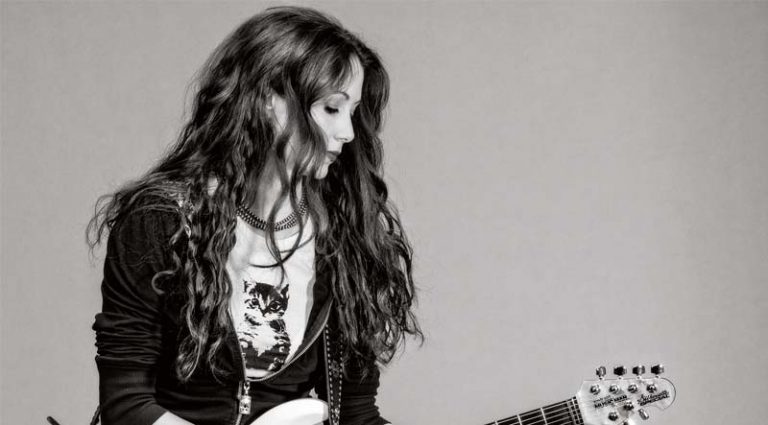 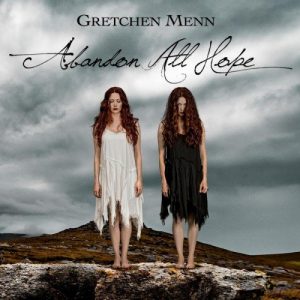 Gretchen Menn stands alone. One might argue that she’s the female counterpart to Steve Morse. Both are aviators, both play ungodly guitar, and both are ersed in the European traditions of the Classical period. This was the era that spawned composers Haydn, Mozart, Beethoven, Salieri, and so on. Both Menn and Morse are also big fans of Led Zeppelin. Morse and the Dregs have always imported Zep into their mind-altering prog-fusion medleys, and Menn plays the role of Jimmy Page in the highly successful female tribute band Zepparella. But Menn’s her own guitarist.

Expanding upon the classical influences that peppered her 2011 album Hale Souls, Menn takes her symphonic ideas even further with a most ambitious undertaking. Based on Dante’s Inferno, this is a guitar-centric album integrated into multiple symphonic scores. It’s a melody-rich concept album teaming with voluminous orchestrations and Menn’s guitar artistry front and center. Mixing violin, cello, viola, and rock-guitar textures, Menn beautifully interprets part one of the epic 14th century poem The Divine Comedy with passion and gravitas. Beautiful, yet concisely constructed arrangements interact seamlessly with nylon-string polyphony.

Nearly a double-length album in running time, the CD presents the story of the fantastical journey through Dante’s underworld of the nine circles. Included with the album is an original libretto by Guitar Player’s Michael Molenda. It also features striking dark imagery by photographer Max Crace.

Produced by Menn and Italian composer and guitarist Daniele Gottardo, this is a potpourri of period earmarks combining not only the Classical era, but also the Romantic and Neo-Classical. She marries these themes using heavy progressive-rock elements to add power and accentuate shifts in dynamics. The 15 tracks tell the tale with Menn’s sister Kirsten on soprano vocals, organ, and keyboards, Daniele Gottardo on bass, Thomas Perry on drums, Salome Scheidegger on piano, and Glauco Bertagnin on first violin. The interplay between violin and electric guitar will make your palms moist, and the integration of rock distortion imbedded within the heavenly sounds of classical stringed instruments is magical.

Menn rocks with lyricism and feisty slide guitar on “Beast,” and her classical-guitar composition “Grace” is simply breathtaking. Compositions like “Tombs” with its intertwining electric guitar and violin lines, transport you to a dark world long ago, while “Bloodshed,” with its ominous ostinato, portends the coming of dark forces.

Gretchen Menn’s Abandon All Hope is not only a superb work of art, it’s a great guitar album to boot.