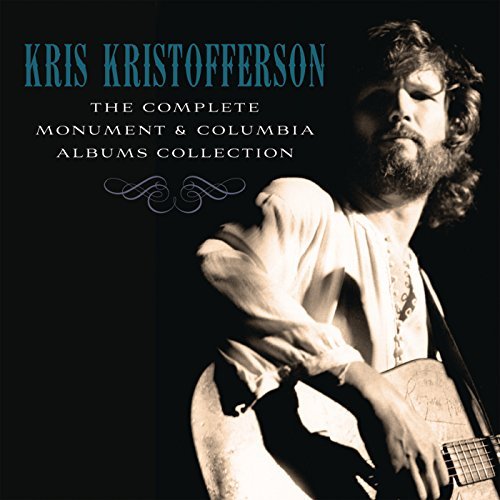 Nearly a half century ago, a longhaired former Army chopper pilot named Kris Kristofferson was Nashville’s hottest new songwriter. Today, after decades of success, the 80-year-old singer/songwriter and actor is a member of the Country Music Hall of Fame.

This 16-disc collection captures his recorded sides from 1966 to ’92 through 11 Monument and Columbia albums and five discs of unreleased concerts, demos, and rarities.

Studio players aside, Kristofferson’s sidemen (guitarist-pianist Billy Swan among them) were no less impressive. Ex-Lovin’ Spoonful great Zal Yanovsky and Norman Blake backed him at a 1970 Big Sur Folk Festival performance. Stephen Bruton was with him for two 1972 concerts. Gerry McGee’s snarling intro to the cocky “If You Don’t Like Hank Williams” from 1976’s Surreal Thing set a perfect tone.

This stellar collection explores Kristofferson’s unique songs and raw vocals, as well as the gifted guitarists and bassists who framed them.

This article originally appeared in VG‘s December’16 issue. All copyrights are by the author and Vintage Guitar magazine. Unauthorized replication or use is strictly prohibited.

Kenny Burrell – Lucky So and So