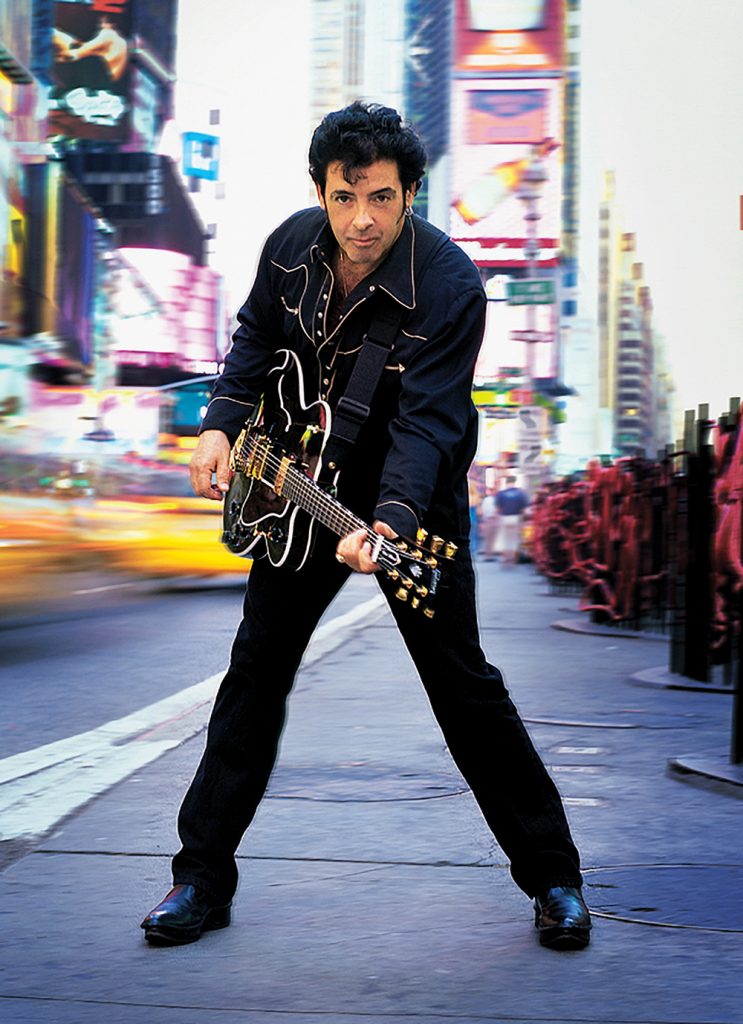 Billy Burnette was born to rock and roll. His bass-playing father Dorsey Burnette was one third of the great trifecta of rockabilly, Johnny Burnette and the Rock and Roll Trio. And Billy himself went on to play rockabilly, as well as a long career, including supporting guitar in Fleetwood Mac. He’s still rocking and rolling, and while his music may not blaze trails, rockabilly isn’t rocket science; it’s about feel and energy, and Billy puts it down with style.

The opener, “Tear It Up,” is straight from the Trio’s playlist, and rocks with suitable abandon. Burnette trades licks with Kenny Vaughn, and the fretwork is dazzling.

Billy’s no slouch on guitar; he can unreel driving doublestops with the best. But mixing his picking with Vaughn – as well as additional guitar from Rick Vito, Shawn Camp, and Dennis Morgan – makes this a powerhouse album of playing. A sole complaint is that the liner notes don’t specify who’s who, where and when.

Burnette’s corresponding autobiography is a good read, with tales of growing up among the Trio, Elvis, and the like. Parts are of great historical interest, including cutting his debut single as Billy Beau at age seven, in 1960; the track was the Christmas tune “Hey Daddy,” with Ricky Nelson’s band featuring James Burton.

Jim Colegrove & the New Rough Riders of the Dirty Age