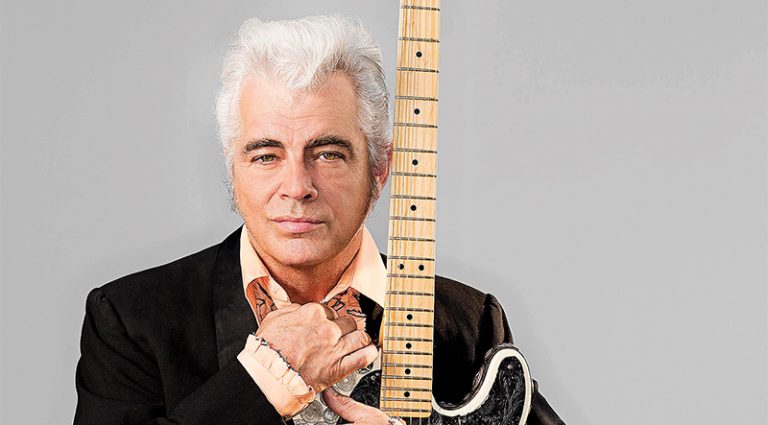 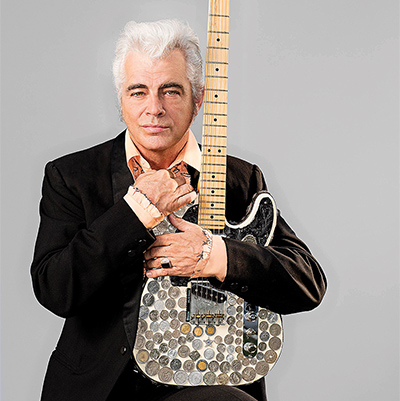 Dale Watson remembers well a conversation he once had with Leo Fender.

“Leo gave me a guitar, and it was so shiny and new, I said, ‘Well, I just hate to take this out and play it and get it all scratched up.’ And Leo said, ‘Well, then, give it back. I like knowing that a guitar I made is out there earning someone a living, keeping his wife and kids fed. It makes me feel good. A guitar’s just a hammer.’”

Those words of wisdom became words for Watson to live by. In fact, when he built his own Telecaster via Fender’s American Design Experience website, he had them engraved on the neck plate so he wouldn’t ever forget.

Watson has made good use of that hammer. Born in Alabama but based in Texas, the silver-pompadoured picker boasts a baritone voice that’d make George Jones jealous. And he’s both prolific and inspired when it comes to old-fashioned, true-blue honky-tonkin’.

Watson is on the road 300 days a year, playing his self-described Ameripolitan music – a personal blend of country, rockabilly, Western swing, and outlaw, as in the music of Johnny Cash, Willie Nelson, and Waylon Jennings.

His latest album, Call Me Insane, rings with Watson’s hammering. On the opening song alone, “A Day At A Time,” he unreels a raucous solo rife with hot double-stops, squawking chicken pickin’, and pedal-steel-like bends. And it keeps unrolling from there before ending with the old Tony Joe White parody “Mamas Don’t Let Your Cowboys Grow Up To Be Babies.”

Ask Watson about his favorite hammers and he’s unequivocal.

“Fender, Fender, Fender. In the early days of country and rockabilly, there were Gibson and Bigsby guitars. But to my ear, nothing has the sound like a Fender.”

On this album, his sound comes from that customized Tele fitted with ’60s pickups. He doesn’t use effects, but admits to cheating a little. “Fender installed a phase shifter for me. Since I always use the Tone control full open, I don’t need it. So they put a button for the phase shifter between the Tone and Volume knobs.”

The setup allows him to plug directly into his amp. “I used to be a Twin Reverb man, but now I’m a Deluxe Reverb man. It’s got that hard-hitting sound I like, and it’s easier to carry.”

Being easy on the back is important when you’re playing as many gigs as Watson. But, as he explains in his new tune, “Heaven’s Gonna Have A Honk Tonk,” that’s the way he wants it.

In fact, Watson’s now the proud owner of two vintage Texas honky-tonks, putting him firmly in the historic preservation business and keeping the flame burning bright. He plays at one of the bars each Sunday eve when he’s not touring.

“Actually, they’re just beer-serving establishments – no liquor – so they’re cut-rate honky-tonks,” he explains. “The Little Longhorn Saloon is in Austin, Big T’s Roadhouse is in St. Hedwig, near San Antonio. I found the second one when I was looking for a pinball machine for the first one, and it was too good a deal to pass up.”