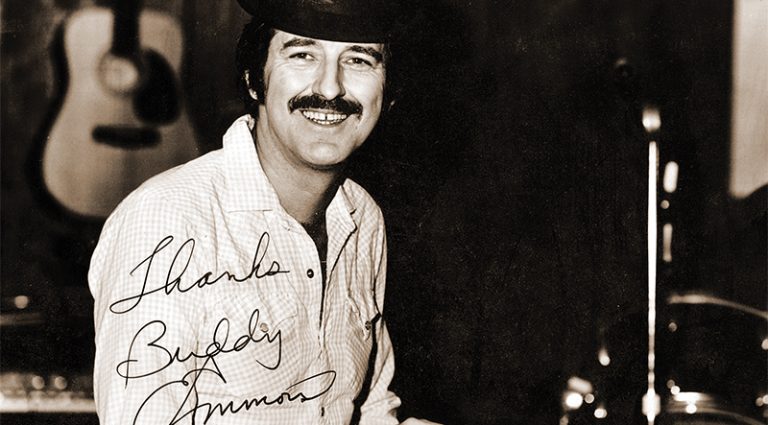 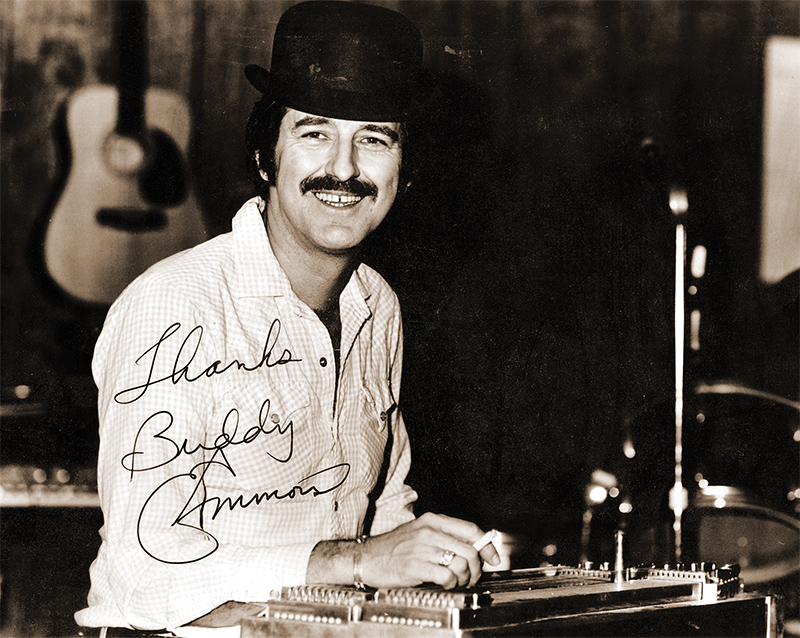 Buddy Emmons, who revolutionized the pedal-steel guitar both musically and technically, died July 21 in Nashville after suffering a heart attack. He was 78.

Emmons did extensive session work in Nashville and L.A. and released his breakthrough album, Steel Guitar Jazz, in 1963. A master accompanist, he toured with three seminal country singers – Little Jimmy Dickens, Ernest Tubb, and Ray Price – as well as the Everly Brothers. His dazzling, daring approach emerged onstage, where he captivated audiences with a joyous, exuberant onstage personality.

Born in Mishawaka, Indiana, in 1937, Emmons was raised in nearby South Bend and began playing at 11. Encouraged by his dad, a country music and steel-guitar fan, he was largely self-taught and admired Eddy Arnold’s steel player, Little Roy Wiggins, then later discovered Joaquin Murphey’s innovative version of “Steel Guitar Rag,” recorded with Spade Cooley.

Emmons used a triple-neck Fender lap steel, and when he was 15 ordered a Bigsby pedal steel, undeterred by a two-year waiting list. Quitting school at 16, he played around the Midwest, jamming in Toledo clubs with bebop guitarist Arvin Garrison. Playing with Detroit singer Casey Clark, Emmons met Dickens, a star at the Grand Ole Opry who added him to his Country Boys band in July of ’55. He helped record the instrumentals “Raisin’ The Dickens” and “Country Boy Bounce” with the group, and remained until Dickens dissolved the band in ’57. That year, he and Nashville steel-guitarist/Dobroist Shot Jackson designed the first Sho-Bud pedal steel and Emmons joined Opry singer Ernest Tubb’s Texas Troubadours, working alongside guitarist Billy Byrd, then Leon Rhodes.

Known in Nashville for his jazz virtuosity, in ’63 he recorded Steel Guitar Jazz in one July day in Manhattan, accompanied by four musicians he admired – pianist Bobby Scott, saxophonist Jerome Richardson, bass player Art Davis, and drummer Charlie Persip. Initially dissatisfied with the results (especially the sound from a small Standel amp he brought along), his dislike faded as he recognized the album’s importance, noting, “I know people who would never have known anything about steel guitar if they hadn’t heard that album.”

As a Cherokee Cowboy, Emmons was dazzling, particularly on Price’s 1963 recording of Willie Nelson’s bluesy “Night Life” and on the band’s instrumental album, Western Strings. Price’s decision to record and perform with orchestral strings led Emmons to amicably depart in 1967.

Road life took a toll on Emmons. Drug abuse led to unreliability, eroding his session work to the point he was playing electric bass in Nashville clubs. Roger Miller, living in Southern California, offered him a job playing bass in his band. Emmons relocated in ’68.

Touring with Miller took him overseas, and in England he bought the first of the derby hats that became his onstage trademark. He also played on sessions in LA. Featured on two tracks on John Sebastian’s 1970 solo album, he got a shout-out on “Rainbows All Over Your Blues.” Others he recorded with included Ray Charles, Buck Owens, Judy Collins and arranger Henry Mancini. His steel also enhanced Miller’s 1970 honky-tonk album, A Trip In The Country.

A revitalized Emmons returned to Nashville in 1974 and resumed studio work. He continued creating instructional material, entertained at conventions, and made solo instrumental and vocal records. As a sideman, he accompanied Buddy Spicher and Lenny Breau on jazz projects, performed with the Nashville Super Pickers, and occasionally reunited with Ray Price. In the late ’70s, he worked with Danny Gatton’s Redneck Jazz Explosion and spent 15 years as a member of the Everly Brothers’ road band. In 1981, he was inducted to the Steel Guitar Hall of Fame.