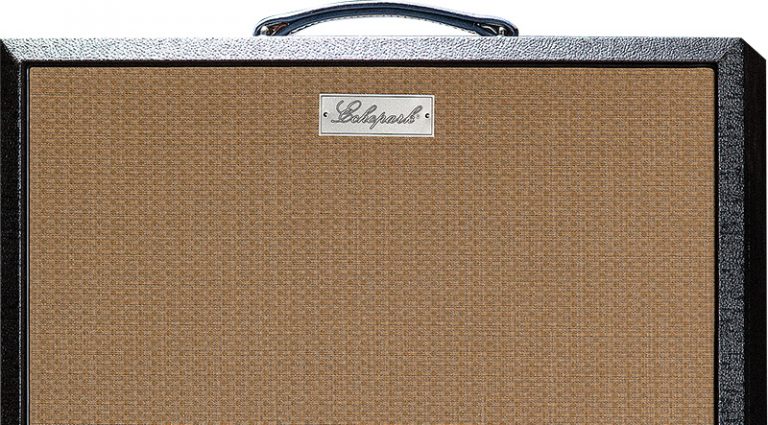 Gabriel Currie’s Echopark Guitars have been played around the world by some of the music industry’s heaviest hitters. His is a line of handmade gems that just ooze vintage flavor. With the help of Eric Bernstorff, Currie has expanded his offerings to include amplifiers. Echopark Amplifiers produces a series of all-tube/point-to-point, hand-wired amps based on favorite circuits from the past. These tonal wayback machines employ top-notch construction, American components, and military specifications.

Currie’s first offering bears the same name as one of Echopark Guitars’ most popular models. Marketed as a “Successor to Leo’s early designs,” the Clarence has buckwheat grillecloth and an enclosure of kiln-dried Douglas fir. The Class A combo incorporates a 5AR4 rectifier, 6V6GT power, and 12AX7 preamp tubes, along with a proprietary 12″ Alnico speaker by WGS.

The Clarence is a low-wattage amp (six clean, nine pushed) that packs a wallop. Weighing a very portable 33 pounds, it has high and low inputs, retro-style Volume and Tone knobs, and two speaker outputs.

The Clarence’s singular personality will appeal to the discerning studio or small-venue guitarist who places more importance on rugged tonal nuances than versatility. Sonically in the same church as Fender’s old tweed Harvard and tweed Champ, the Clarence couldn’t be simpler to use. It forgoes lush clean headroom in favor of boxy, dirt-tinged muscle.

With the Clarence’s limited clean headroom and EQ options, knowing how to finesse your guitar’s volume control is of the utmost importance. The amp takes to single-coils and humbuckers equally well, and its subtle Tone control offers cool variations for increased bottom or high end. Input one is the louder of the two, and when the Volume knob is cranked, the amp provides vibrant maximum strength rock and roll chord tones. With the Clarence you set it, walk away, and sculpt your sound with your guitar. It responds magnificently to a guitar’s Volume and Tone controls, providing invaluable flexibility between angry lead tones and reverb-free clean rhythm sounds.

The Clarence is a loud low-wattage amp with beautiful organic breakup and big chunky clarity. It’s a classic, earthy sound from loud to soft that will give your tonal palette the kind of blues-approved integrity that makes all the difference in the world.