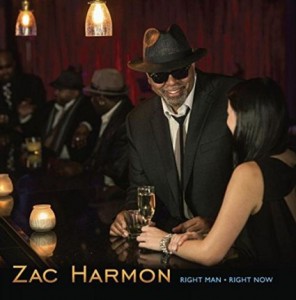 The blues has often called out injustice and shined the harsh light of truth as much as it has lamented broken hearts or celebrated the joys of sex. Zac Harmon’s “Stand Your Ground” is the showpiece here, rooted in the social protest that has been part of the blues since before the music had a name, a product of the labor of American slaves as much as any crop or craft work.

Harmon sings the song with an R&B vocalist’s cool but without sacrificing passion and expression. His slide guitar is a stiletto with nuances, a sabre for making slashing cuts that go right to the bone.

On the title cut Harmon plays straight guitar and the reward is that several times he hits that elusive sweet spot where one judiciously pinned note sends a charge from your tailbone right through to the top of your skull.

By the time Harmon gets halfway through the record with “Feet Back On The Ground,” he’s in rarefied air despite the song’s title – and that’s pretty much where he stays for the majority of this album.