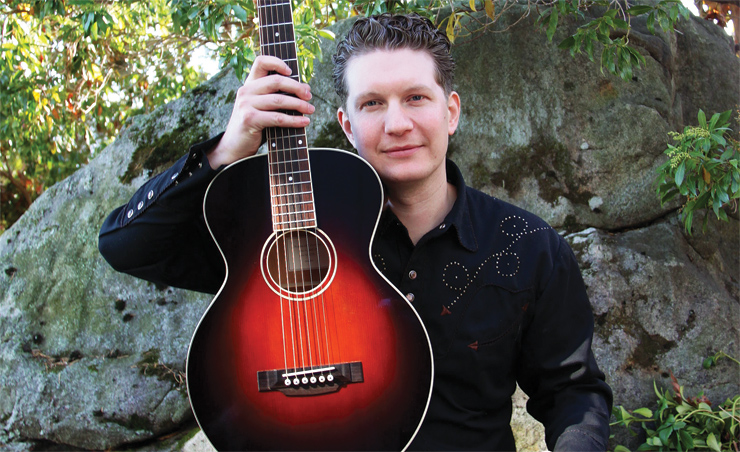 “And the Oscar goes to…”

If they gave out Academy Awards for the best guitar instructional film, Tom Feldmann’s latest on Robert Johnson would be a shoe-in.

We rarely review instructional videos, but this one is something special. And it’s more than just a how-to guide: it’s an in-depth, note-for-note documentary look at the playing style of one of the most influential bluesmen of all time. And for that reason alone – whether you’re willing to sell your soul to the devil to learn to play like Mr. Johnson or not – you owe it to yourself to check out Mr. Feldmann’s study.

Johnson of course needs no introduction, but Feldmann may to those not up on the blues. Based from a small town in Minnesota, he has immersed himself in traditional country blues stylings, releasing several CDs of his own recordings, plus a series of stellar how-to DVDs on Charlie Patton, Son House, Bukka White, and more. Few pickers today play these old-time blues so naturally and intuitively. 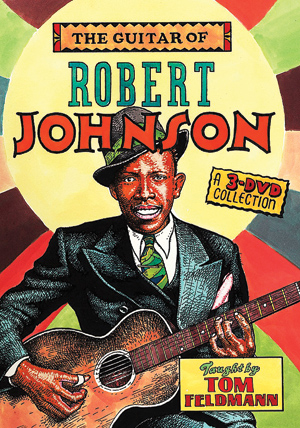 Feldmann’s long-antipicated Johnson set has been well worth the wait. First, the technical details. The package includes three DVDs with a total running time of 352 minutes – that’s almost six hours. And the songs are available in both tab and musical notation in pdf form on the DVDs as well.

Feldmann covers most all of the 29 songs that Johnson cut in 1936-’37. He organizes his lessons by guitar tunings – standard, drop D, cross-note, Spanish, and Vestapol.

He then makes sense of the song similarities by organizing them into variations on themes. For instance, he goes through “Kind Hearted Woman” in patient detail, then explains how Johnson used that song form to create variations, seguing into explanations of “Phonograph Blues,” “32-20 Blues,” and several others. He also explains the efficacy of fingerings and the why behind the how. This logical approach makes understanding and playing the songs dramatically clearer.

As a teacher, Feldmann is ideal; as a blues historian, he’s downright heroic. His understanding and explanation of Johnson’s playing – as well as the other country blues greats – is masterful.

It’s also insightful, and this will be a reason that Feldmann’s films endure. No need to traipse to a crossroads at midnight and strike a bargain; just pop Feldmann’s DVDs into your player. Maybe this takes away some of that romance, but fear not – there’s still hours and hours of good old woodshedding left.