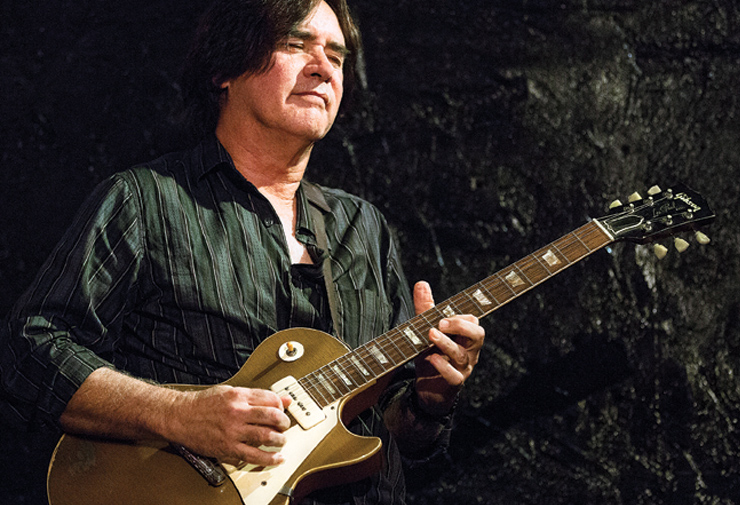 Fresh off a 42-show/13-country European tour with his own band, Supertramp guitarist and L.A. studio ace Carl Verheyen has just released his 12th studio CD, Mustang Run. Following 2010’s live CD/DVD The Road Divides, it’s his first studio disc since the guitar-laden Trading 8s in 2008, and it covers lots of new ground in a recording career that spans 26 years.

How did the new CD come together?
I’m constantly writing and after I got eight songs in the can, I stepped back and decided it still needed a real-high-energy piece. So, I called drummer Simon Phillips, Supertramp bassist Cliff Hugo, and keyboardist Jim Cox, and we recorded “Fusioneers Disease.” I also thought it could use something real soulful, with gospel-like chord changes, so I wrote “Spirit of Julia,” and those two songs gave me a sense of completion.

What is your goal when you record?
My goal is to make a CD that bears repeated listening. Before I made this one, I pulled out a lot of CDs by fellow guitarists that I listen to over and over again. Pat Martino’s We’ll Be Together Again and Standard Brands by Chet Atkins and Lenny Breau are two examples. It’s all about the melodic line. If it’s compelling, you’ll listen again and again. 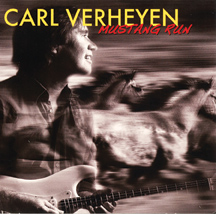 Where did the title come from?
My son, who was 17 at the time, worked a couple summers as a camp counselor and saved $4,000 so he could buy a 1997 Mustang. The joke around the house was, “Mustang, please keep running.”

Did you use any instruments that you hadn’t used on a CD before?
Electric violin and saxophone. Jerry Goodman, the electric violinist from the original Mahavishnu Orchestra, is on “Mustang Run.” I wanted something other than a guitar to carry the melody. We used to run into each other in the studios and he was the first person who came to mind. Also, I’ve also never had a saxophone on any of my CDs. Bill Evans and Supertramp’s John Halliwell plays sax on “Bloody Well Right” and Bill Evans is on “Fourth Door on the Right.” Bill liked the song so much he’s going to use it in his live set.

Where do you record?
I like to experiment with tones in my garage, but when it comes to recording, it’s in one of L.A.’s great-sounding studios like Sunset Sound and Village Recordings. We recorded with Pro Tools but did it in studios that are tuned rooms where they have all the old API and Neve stuff that warm up a guitar signal so much. That makes me able to listen to my records 10 or 15 years later, because they hold up sonically.

Are there any pedals you really like?
I have five pedalboards and about 250 pedals laying around not on pedalboards! One of my favorites for single-coil pickups is the Il Distatore, made in Italy by Analogics. I like the T-Rex Mudhoney and the Tap Delay for playing live, but not for recording, where I prefer to do delay post-production. I also use the Providence Anodyne TC Electronics chorus pedals quite a bit.

What’s in the future?
In May, I’m going to a guitar camp in Stuttgart, and in August there’s the Guitar Town Festival in Copper Mountain, Colorado. I’m already starting to amass tunes for a new record.