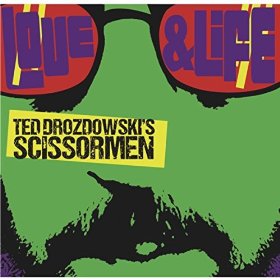 Parts of Ted Drozdowski’s coal-mining family background are almost as hardscrabble and tragic as that of the people who created the blues music he champions so fiercely. That background is a factor in what made him a guitar player and songwriter of authority and heartfelt passion.

Drozdowski draws upon the thread linking gothic supernatural sensibilities of early post-rural blues music with the mystery and wonder of the nascent space age that helped formed rockabilly in the late ’40s and ’50s and the inner exploratory nature of ’60s psychedelic music. He’s also heavily into classic soul music and the dark psychedelic sounds of bands like the 13th Floor Elevators and early Velvet Underground.

Drozdowski’s “Beggin’ Jesus” and “Letter From Hell” could be something Roky Erickson and Bo Diddley might have come up with working together. “Let’s Go To Memphis” drips with old-school soul thanks to guest vocalist Mighty Sam McClain and Drozdowski’s Cornell Dupree-styled guitar licks.