We tend to think the EL84 didn’t become a “thing” at Fender until the company’s semi-reinvention of the pseudo-tweed line with amps like the Pro Junior and Blues Junior in 1994 and ’95 respectively. But, Fender experienced a major misfire in its amp evolution 33 years before that, when it coughed out a short-lived – yet, to some, dearly loved – oddity in the 6G9 rendition of the Tremolux.

Revamped from the 6V6-based tweed Tremolux combo of 1960 and manufactured for only part of one year before being moved to the 6L6-based design it would be forever after, the 6G9’s use of the erstwhile “British” EL84 (called a 6BQ5 in the U.S.) would eventually make it one of the rarer and more valuable Fender amps – though a fatal flaw in the design sent many up in smoke well before they’d lived long enough to prove collectible, or even desirable.

There must be a story behind why Fender decided to go to 6BQ5s in the ’61 blond piggyback Tremolux, but we haven’t heard it. In any case, don’t let their use fool you into thinking this is a Voxy-sounding Fender; it isn’t. Other than the tube swap and a few other circuit tweaks, it’s still an extremely Fender-ish circuit, very much in line with the topology found in other brownface models, and clearly pointing the way to the blackface amps to come in ’63/’64. And that was part of the 6G9’s problem; swap in 6BQ5/EL84 tubes where you’re usually using 6L6s, and you’re headed for trouble. But more of that a little later. Other than the tubes themselves, virtually nothing about this amp was Brit-inspired, or much different from what Fender was doing elsewhere – all of which makes the change in output architecture all the more puzzling.

Like its brethren in the Fender stable of the era, the 6G9 Tremolux had a non-adjustable fixed-bias output stage, with a negative feedback loop to keep things bold and punchy. Unlike many, it had no Presence control, either because it was thought not to need one (being bright enough already) or simply to save a couple bucks in production costs. At the time, the Tremolux was the most affordable of Fender’s “piggyback” amps – at $249, costing $100 less than the Bassman, including speaker cab, and less than half the price of the big Showman. Each channel of the preamp, though, was pretty similar to those found in the other guitar amps in the range, with a single 7025 (a more-rugged 12AX7) twin-triode per-channel lending one triode to a first gain stage and a second triode to a gain make-up stage following the independent Treble and Bass controls. The tremolo was driven by its own 12AX7 and, being a bias-modulating circuit that did its thing by disrupting the bias voltage applied to the grids, it worked on both channels. It was a much simpler (and more affordable) circuit than that used to create the complex “harmonic vibrato” found on other large Fender amps of the era, but also a true tremolo effect (rather than a semi-vibrato effect), and a great-sounding one at that. 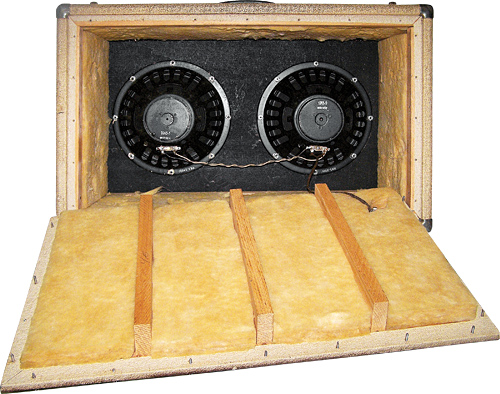 In short, the 6G9 Tremolux was a long way from the Vox template for the cathode-biased amp with no negative feedback that music fans would come to know so well just a couple years hence via The Beatles and other British Invasion bands. None of which accounts for the failure rate of so many early 6G9s, by the way, it just makes them sound different from the common concept of “the EL84 amp” today. What sent too many of these up in smoke were the extremely high screen and plate voltages – upward of 398 volts DC. To put this into context, the mid-’60s Marshall 18-watter and Vox AC15 were spec’d to have 310 to 330 volts on the plates; Matchless amps were designed to run very hot, with around 350 VDC on the plates. At nearly 400 volts, the 6G9 Tremolux was cooking, and it wasn’t just the tubes that were suffering. The excessive voltage apparently took out plenty of overheated transformers, too.

Given this scenario, it’s pretty impressive that our featured amp this issue comes to us in such original, and still-functional, condition. Provided by a Vintage Guitar reader in Maine, the amp recently changed hands after being kept in storage by its original owner for most of its life, after just a few years of use. It accumulated plenty of grime and a few cigarette burns during that time, but remained immaculate inside, and was made functional again by replacement of a pair of coupling capacitors in the output stage. That and some elbow grease with a rag and a little warm, soapy water to tidy up the outside are all that stand between this gem as we find it today and the condition in which it left the store in 1961.

The head was paired with different speaker cabs through its three-year run; a complex 1×10 “tone ring” cab, a more-traditional closed-back 2×10 (as seen here, with Oxford 10K-5 speakers), and, occasionally a closed-back 1×12. The closed-back cabs, and other quirks of the Tremolux design, factored in to making these amps sound somewhat different from the traditional Fender combo of the era. When Fender changed to the 6G9-A (then 6G9-B) circuits with 6L6s, the plate voltages – though the same as seen in the 6G9 – were then relatively low for the range, and along with the smaller output transformer, the Tremolux put out a little less wattage than many of the 40-watt combos, or the bigger Professional Amplifiers (as the blond-Tolex range was called) like the Bassman, which also had two 6L6s but achieved approximately 50 watts. As such, these next-evolution Tremoluxes are known for their juicy crunch and tactile playing feel, all at relatively manageable volumes, especially when you factor in the fairly inefficient 10″ speakers they were originally played through.

If you’re lucky enough to stumble on a largely unmolested 6G9 Tremolux, its rarity kind of behooves you to keep it as original as possible. Still, if you plan on playing it (and you should) it would be worth consulting a knowledgeable tech regarding unobtrusive ways of bringing down the plate voltages on the 6BQ5/EL84s to extend the lives of its tubes and transformers. A rectifier softer than the standard GZ34 might be one road to this, along with another voltage-dropping trick or two. Either way, enjoy the rarified presence – and of course, the sound – of one of Fender’s more unusual creations. 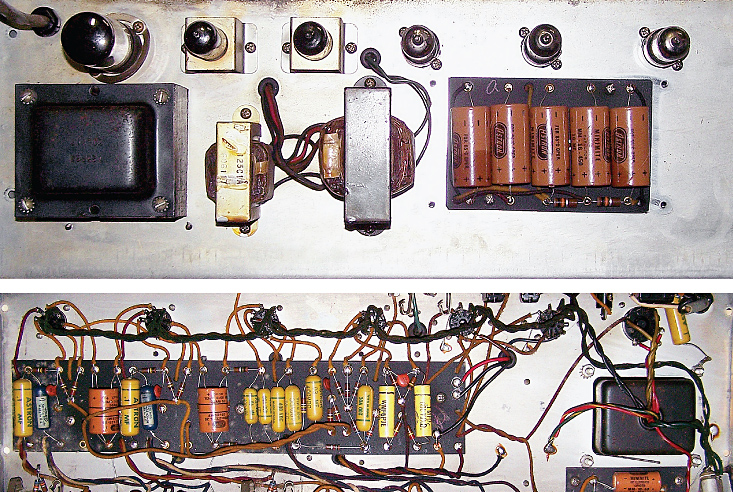