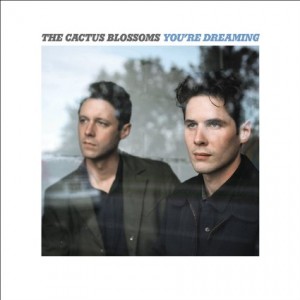 These two albums are stunning collections of country and folk music taking different forks in the gravel road. The Cactus Blossoms is an all-new batch of old-souled country, whereas the Pines delve into ancient themes with a uniquely modern voice.

The Cactus Blossoms are brothers Jack Torrey and Page Burkum, and they sing and play as if they’re channeling those other famous harmonizing brothers of yore, Ira and Charlie Louvin. Their setlist here of primarily originals is pure vintage vibe, with influences about as righteously avant garde as Lefty Frizell.

The Blossoms have established themselves over the past few years in Minneapolis-St. Paul and released a couple self-produced discs. Then, revivalist JD McPherson heard them when they opened for his band; he roped them into cutting this national debut with him manning the control board. Better yet, to bolster the duo’s sound, McPherson teamed them with Chicago stalwarts drummer Alex Hall, bassist Beau Sample, and guitarist Joel Paterson.

Paterson can effortlessly and tastefully play seemingly any type of classic swing, blues, rockabilly, or country, and is a cornerstone of the Cash Box Kings and several other Windy City ensembles. Torrey’s no slouch playing period-style leads, but Paterson’s six-stringed input here truly makes the Blossoms bloom.

His reverb-soaked guitar adds moody pathos to “Queen Of Them All” while his raw riffs rock “Clown Collector.” Best yet may be Paterson’s baritone voicings on “No More Crying The Blues”; Grady Martin would be green with envy. 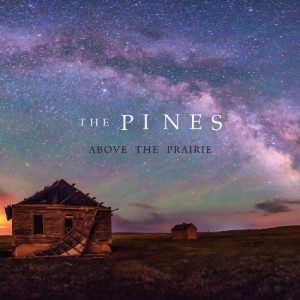 The Pines strum a different chord. Iowa-born and Minneapolis-based, the band is centered around the gothic folk-rock songs of frontmen David Huckfelt and Benson Ramsey. They layer acoustic and electric guitars with atmospheric keyboards from brother Alex Ramsey. The result is a singular and instantly recognizable sound that echoes the loneliness and romance of the prairie.

Following on their 2012 masterpiece Dark So Gold, this new album is more of a great thing. Their songs are aswirl in cinematic imagery riding on a wild wind of guitars and keyboards. “Aerial Ocean” is classic Pines with husky vocals and a haunting mood. “Where Something Wild Still Grows” is lush and rich, eerie and hopeful.

For “Here,” the band is joined by Iowa friends and family, including Greg and Pieta Brown, Iris DeMent, and Ramsey patriarch Bo Ramsey, who co-produced the album.