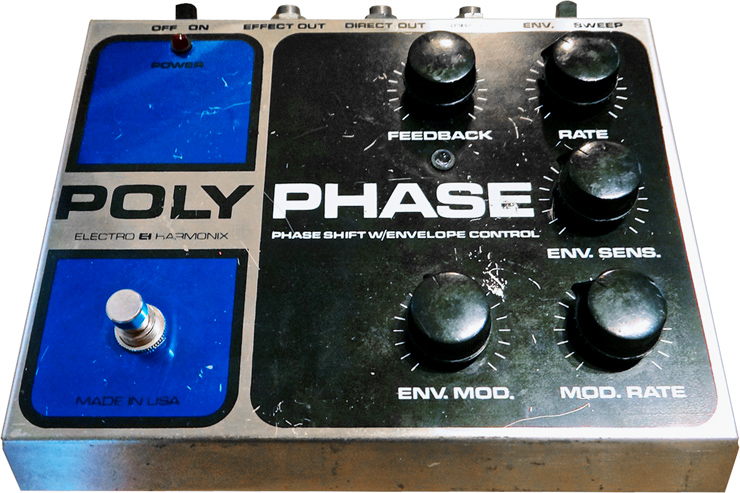 VG reader Jesse Moreno has tried his share of phaser effects and says, “I’ve never really come across another quite like the ’70s Electro-Harmonix Polyphase. With six stages of LDR-modulated analog goodness that rival the sound of the most sought-after phase effects ever made, it has all the aspects that make for a great vintage effect. Not many were made and it’s difficult to clone because it uses light-dependent resistors, which are long out of production. And not only does it sound fantastic; it just looks really cool in one of those big EHX boxes!

The Polyphase takes your classic phasing sounds to a new dimension by activating its envelope mode. With controls for sensitivity, modulation, and modulation rate, you can dial in anything from funky envelope filter sounds to some of the best Leslie rotating speaker tones I’ve heard in a solidstate floor unit. If you want to play that awesome intro to ‘No Quarter,’ this will get you there.”