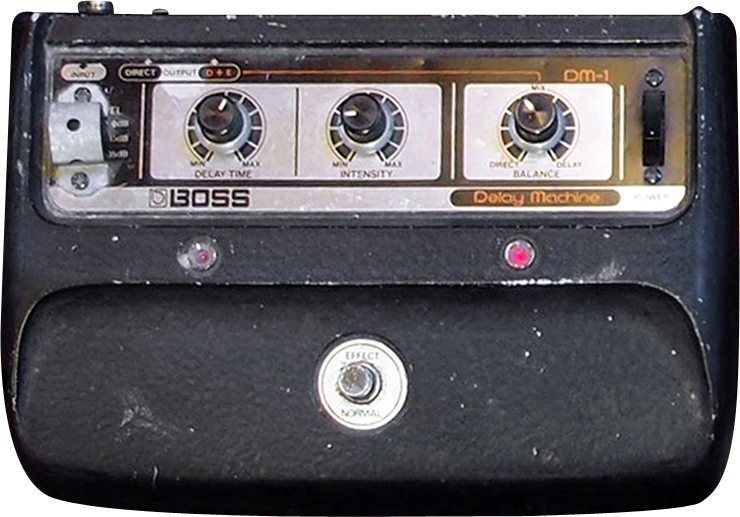 VG reader Danny Carr is a big fan of the Boss DM1 Delay Machine. “This bruiser hasn’t left my pedal board since 1980,” he said. Having recently finished a 16-year stint as lead guitarist with a popular classic-rock cover band, Carr is now performing with an Americana/Alt-country band in California. He’s also an avid collector of vintage guitars and gear. “As one might expect, the DM1 oozes everything you want in a old-school analog delay – about 600 milliseconds of max delay time with juicy lo-fi repeats. Except from the input-level slider on the left side – I added a guard – this thing is built like a tank.”