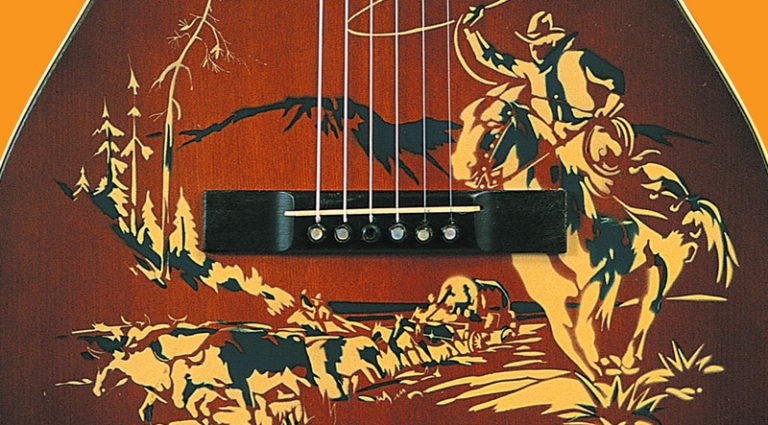 In the depths of the Great Depression, people turned to entertainment for distraction. Not that there was much to be had when cash was in short supply, but two inexpensive forms were the radio and the movies.

On the radio, one pleasure would have been listening to one of the many “barn dance” variety programs that featured Western music popular at the time. In the theater, another thrill would be watching a horse opera featuring one of that new breed on the scene – the saddle serenader. In either venue, people were likely to encounter one of the era’s great stars, Orvon “Gene” Autry.

Autry, born in 1907 in Tioga, Texas, came to fame as Oklahoma’s Singing Cowboy on KVOO radio in Tulsa in the late 1920s. That and a couple sides for Okeh landed him the “Gene Autry Program” and a spot on the “National Barn Dance” for WLS, the Sears megastation in Chicago. His star was on the rise. Following the pattern set with the Bradley Kincaid Houn’ Dog guitar (VG, July ’04) in 1932, Sears commissioned its subsidiary, Harmony, to build a guitar for Autry. That model was the Supertone Roundup, a standard-sized guitar showing cowboys rounding up cattle, and Autry’s signature on the belly.

In 1934, Autry was recruited by Nat Levine of Hollywood’s Mascot Pictures to make his first film, In Old Santa Fe, thrusting him to the front ranks of singing cowboys in the movies. Overnight, a new movie genre was created, mixing good guy/bad guy Western action with a love interest and a hero who’d break into a song with a guitar at the slightest provocation. The following year, Sears briefly marketed an Old Santa Fe archtop. 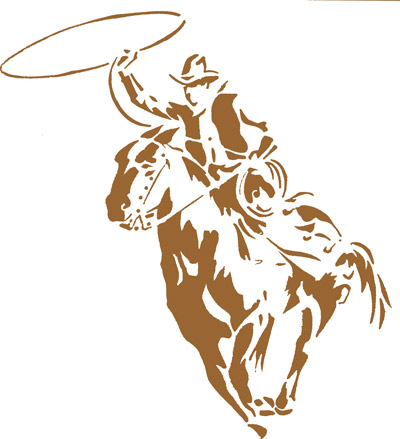 In 1935, Harmony increased the size of the Roundup to a 14″ concert and changed the neck to 14 frets clear of the body, like the 1938 version shown here. This had a spruce top and reddish mahogany-finished birch body. Like all Harmony models, the timbers were solid and the inlays were real pearl dots. This guitar, like most small-bodied, ladder-braced Harmonys of this era, has a nice response and a bright tone that’s pleasing in intimate settings. And by this time, Harmony had established the practice of stamping the date of manufacture on the inside, so these are easy to date.

This second version of Autry’s Roundup guitar lasted until 1939, when it was replaced by a 15″ grand-concert-sized model in spruce and maple without the decals, but with Autry’s signature on the fingerboard.

Autry continued to make horse operas through 1953, adding television to his repertoire beginning in 1950. In later years, of course, he concerned himself with a form of mass entertainment quite different from cowboys and music, as owner of the California Angels baseball team. Nevertheless, guitars such as this Supertone Roundup preserve the voice of the Depression and the nostalgic sentiment of being “back in the saddle again, out where a friend is a friend.”

This article originally appeared in VG‘s December 2004 issue. All copyrights are by the author and Vintage Guitar magazine. Unauthorized replication or use is strictly prohibited.