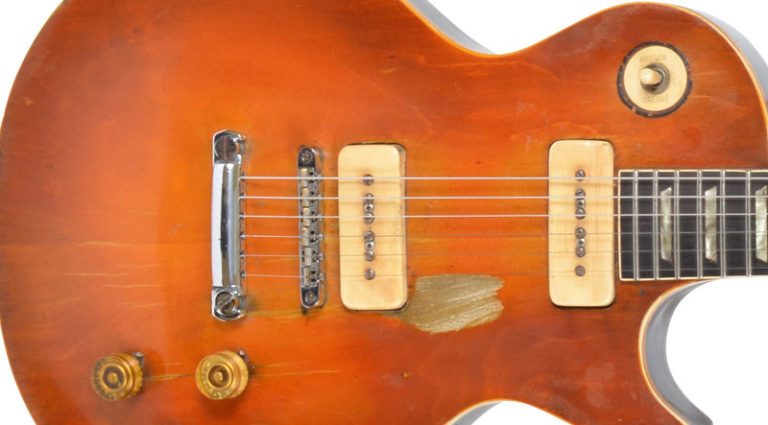 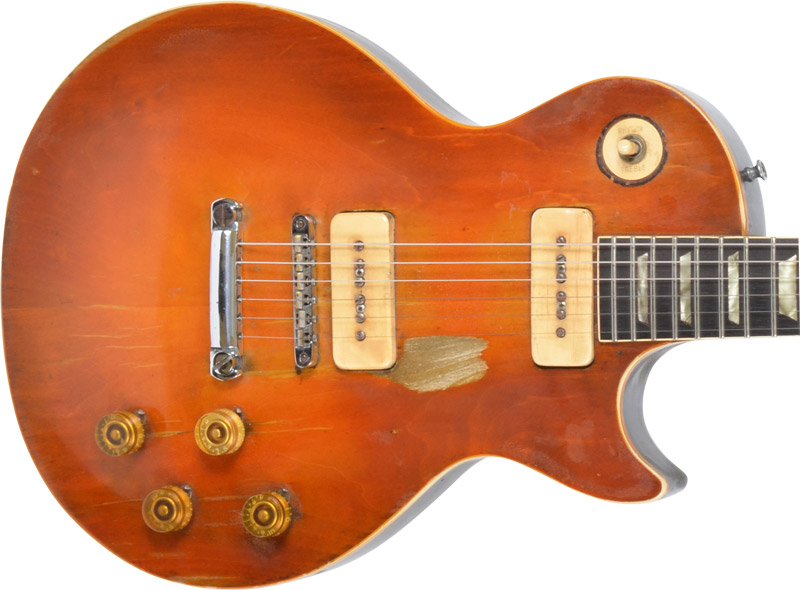 If your radio was tuned to a country station even for a few minutes anytime in the last 30 years, odds are you’ve heard Chris Leuzinger’s 1952 Les Paul.

A Florida native, he has studied and played rock, blues, and country around the world with this guitar, backing Eddie Rabbitt, Buffy Sainte-Marie, Crystal Gayle, and others (see our interview in this issue). But it’s his work with Garth Brooks that put its sounds into millions of ears.

Wanting to pursue the tones of the blues-rock guitar gods of the day, in 1969, Leuzinger got the guitar after making a trade on the mean streets of New York City. Though stripped of its original finish, the tailpiece, pickups, and tuners were right.

“It didn’t look great, so I took it to Dan Armstrong’s shop,” he said. “About a week later, I stopped by to check on it; the finish guy had sprayed the yellow in the middle and was getting ready to shade the edges. After he’d colored it in just a bit, we both said, ‘That looks pretty cool…’ So we left it lighter. I also had them swap the tailpiece to a Tune-O-Matic.”

Post-Armstrong, the guitar went straight to hard duty as Leuzinger’s number one, and a close look at the selector switch reveals a fix forced by his fondness for tweaking tones on the fly.

“That bridge pickup can be spikey, so for lead parts I’d set the switch in the middle and roll the Tone on the neck pickup all the way off,” he said. “Then I’d roll that pickup down a bit just to add some warmth.”

All that action took a toll on the wood under the switch.

“It started crumbling, and eventually felt like it was going to give way,” Leuzinger said. “So, in ’72 or ’73, I took it to Sho-Bud Guitars, in Nashville, and they put a dowel in to solidify it.”

In ’74, he got a gig backing Dobie Gray on tour, and at first had only the guitar’s original brown case.

“When we got to L.A., our roadie said to me, ‘I’m taking you to the case company today.’ So, we went and had an Anvil case made to protect it better on planes.”

Armstrong’s shop was just the first of three that would eventually do major work on the guitar.

“I was on my way to a rehearsal one day in ’78 or ’79, and stood it behind my van then went back into the house to get something,” he said. “I happened to get a call, saying rehearsal was canceled, and I forgot about the guitar. A while later, I went to leave and backed right over it. I was living in a guest house in an alley, so not only did I run over it, but I left it laying there for four hours. When I got home, I saw it and totally freaked out.”
The guitar suffered a split at the heel. Fortunately, the neck and fretboard were not damaged.

“I packed it off to John Carruthers, in L.A., and told him, ‘I play this all the time. If you can please get it done quickly, I would really appreciate it,’ and he put it back together so well it was like nothing happened; there’s a small crack that’s visible, but as far as playability, you’d never know.”

Its most-recent indignity was being among the gear damaged by the 2010 flood in Nashville, when water pushed outside the banks of the Cumberland River for several days. Among the places affected was a storage facility used by many players, including a who’s-who roster of guitarists that instantly generated a long list of work for Joe Glaser and every other tech in the city.

“He recommended not rewinding it, and instead, he charged the magnets,” Leuzinger said. “It got better, but it’s not quite the same, so I’ve been trying different pickups. That neck pickup is probably the best P-90 I’ve ever heard, and everybody who plays it says the same. It’s just creamy and sustains for days. Once I get the bridge pickup right, the guitar will be back in all its glory.”