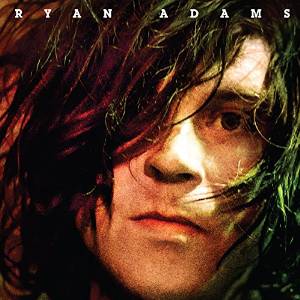 Sometimes, it’s good to take a break. Sometimes you must. Such was the case with prolific singer-songwriter Ryan Adams. After being diagnosed three years ago with Ménière’s disease, an inner-ear disorder, he put his successful career aside to focus on therapy and his health.

With his condition in check and renewed vigor, Adams returns with this self-titled release. His previous work covers a complimentary mix of styles, from alt-country to straight country, folk to rock. Ryan Adams is a collection of indigo-splashed, taut tunes of the last variety. Introspective and thoughtful, it’s a most welcome return.

The album finds the 39-year-old a little less sure of his space in the Cosmos, insecure even. (Disease has a nasty way of causing self-reflection.) “Gimme Something Good” is a great opener full of chunky chords and swirling organ. The urgent, plaintive “Stay With Me” feels more Damn The Torpedoes than anything else he’s done. And “Shadows” gives a glimpse as to what we may have witnessed had there been a full-on Jeff Buckley-U2 collaboration.

Adams recorded this album at his L.A. studio, Pax-Am, where he and couple of musician buddies basically banged things out in a couple of weeks. The tunes and the words were flowing, he’s said, and he was charged by the sessions. Good for him. And us.