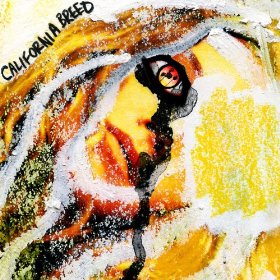 Big rock crooner/bassist Glenn Hughes has seen it all. From Trapeze and Deep Purple to Black Sabbath, his life is a compelling rock escapade filled with good drugs, great music, and over-the-top excesses. Rebounding from the split with Black Country Communion, Hughes and drummer Jason Bonham have joined forces with 23-year-old guitarist Andrew Watt to form California Breed.

Produced by Dave Cobb (Rival Sons), the band’s debut has all the earmarks one would expect from a Hughes project. It’s a buffet of ’70s rock tropes, soaring choruses, and triple-thick guitar tones. Some of the highlights include the catchy “Midnight Oil,” which gets the Rolling Stones’ “Gimme Shelter” background-singer treatment. “Chemical Rain” is reminiscent of the epic stomp of Led Zeppelin and “All Falls Down” is a bombastic power ballad.

Watt plays with old-school zeal and maturity beyond his years. He’s perfectly cast to fill the chasm between Hughes’ rumbling bass and Bonham’s thunderous heavy foot. He’s carved out a niche blending Jimi Hendrix, Mick Ronson, and Jimmy Page with his own voice.