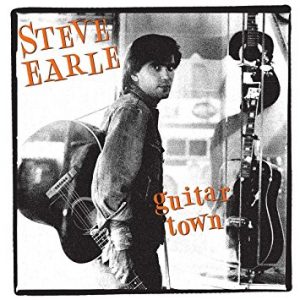 When Epic Records dropped Steve Earle in ’85 after a series of fiery but commercially unsuccessful recordings, Nashville was in panic mode. The frothy, easy listening mainstream country of Kenny Rogers and others had finally bored fans to the point they quit buying and listening. The industry desperately needed new blood. Within a year they had it as Earle, along with Vince Gill, Dwight Yoakam, and Randy Travis became the vanguard of a fresh, austere sound known today as New Traditionalism.

It was on the rockers where Bennett’s twangy, tremolo-drenched leads – replete with the spirit of Duane Eddy – proved the perfect foil for Earle’s vocals. That was apparent on the title song, the pulsing “Hillbilly Highway,” “Good Ol’ Boy (Gettin’ Tough),” “Someday,” and “Fearless Heart” (with Paul Frankin on steel). Like any great accompanist, Bennett never played one unnecessary note, even when he channeled Scotty Moore on the Sun Records shout-out “Think It Over.”

Supplementing this commemorative reissue is a 19-song August 15, 1986 Chicago concert from five months after Guitar Town’s release. Earle’s six-piece band the Dukes included guitarist Michael McAdam and two sidemen from the album: drummer Harry Stinson and Bucky Baxter on pedal steel. Despite Bennett’s absence, the backing retains the album’s spirit as he delivered Guitar Town and nine additional numbers, one of them a smoldering take on Bruce Springsteen’s “State Trooper.”

Earle also offered his own “The Devil’s Right Hand,” only recently covered by Waylon Jennings. Seven more originals – including “Nowhere Road,” the Buddy Holly-like “I Love You Too Much,” “The Week Of Living Dangerously,” and the hard-charging “Sweet Little ’66” – would appear on his 1987 followup album Exit 0.

Earle would travel many different roads over the next three decades, but for him, the music celebrated here was truly the beginning.