In December, 1968, Mike Bloomfield asked Johnny Winter to perform at the Fillmore East in New York at a Super Session jam with Al Kooper.

That night, Winter played B.B. King’s “It’s My Own Fault” and blew away the audience. Reps from Columbia were in attendance, and Winter was signed to the biggest advance in the history of the recording industry.

His wicked slide playing and Texas sizzle influenced a generation of guitarists and made him arguably the best white blues guitarist of his generation. His devotion to the blues led him to produce his childhood idol Muddy Waters. The result was the best selling albums Hard Again, I’m Ready, and King Bee, the financial high point of Waters’ career.

Despite his success, Winter wrestled with drug and alcohol addiction and unscrupulous management. For years, he lived in a fog of drugs and deceit, and paid dearly for it. While working on his Grammy-nominated I’m A Bluesman album, he met guitarist Paul Nelson, who contributed material to the album and played guitar. Nelson then became Winter’s touring guitarist and, eventually, his manager. Nelson has recorded and performed with some of the biggest names in the music industry ,and brings a wealth of savvy to the table. He is responsible for redirecting Winter’s career, but more importantly, he was successful in helping Winter kick a 40-year dependence on methadone. We recently spoke with both of them. 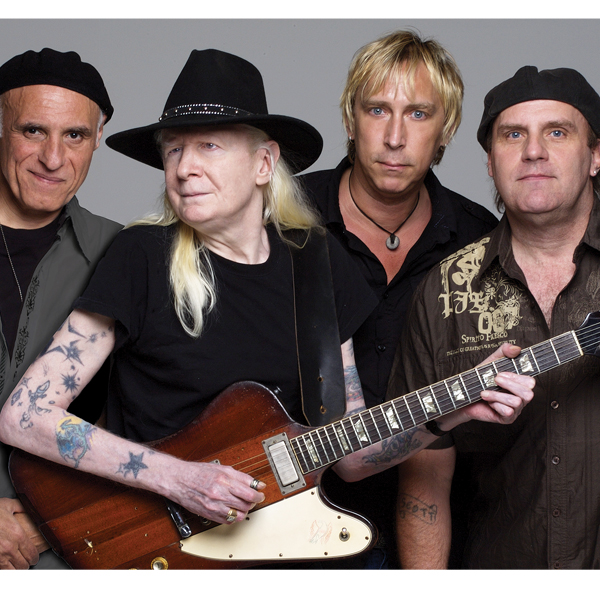 Johnny, how are you feeling?

How hard was that?

JW: It wasn’t hard at all because Paul didn’t tell me he was doing it (laughs!)

Paul Nelson: I was shaving off his methadone. I knew it had to go.

JW: I’d never done it if I’d known. I was terrified of stopping.

PN: I saw it taking its toll and I knew how headstrong he was. I knew if his mind knew what was going on, he would refuse it.

JW: He’s never made one mistake the whole time he’s been managing me.

Do you have arguments?

PN: Yeah, because you’re human, you have input, there’s emotion. Methadone turns you into cream corn. It wasn’t just me taking him off the methadone. He got off drinking and stopped smoking cigarettes.

JW: I didn’t know how much it was hurting me until I got off of it.

Tell us about the new record?

JW: It’s called Roots. It’s all old stuff that I grew up loving that influenced me when I was first starting to play. We’re doing “Maybellene” by Chuck Berry, “Come Back Baby” by Ray Charles, “Further On Up The Road” by Bobby Blue Bland, “T-Bone Shuffle” by T-Bone Walker…

Paul, what’s the biggest impact he’s had on your playing?

PN: Having him tell me what to go back and listen to, to perfect my playing. Figuring out what made him tick made me tick; like the “Okie Dokie Stomp.” In his time, if you didn’t know that song, you were nothing.

Johnny, who do you listen to, to stay on top of your game?

JW: Muddy was a big influence – the best blues guy that’s ever been. He put so much emotion into it.

What kind of gear are you using?

What kind of slide do you use?

JW: My original was made out of a cymbal stand. Dunlop reproduced it and put out what they call The Texas Slider.

You’ve been doing this a long time. What keeps you inspired and motivated?