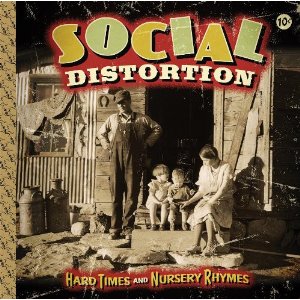 After 30-plus years, seven studio albums, a live album, and two DVDs, Social Distortion may have just
released its masterpiece.

The band came rocking out of Fullerton, California, in 1978, playing a tough brand of rock equally inspired by the Rolling Stones, punk, and Hank Williams. They’ve been through ups and downs, drug addiction and rehab, and the death of long-time guitar man Dennis Danell.

Fronted by Mike Ness, the last of the original founding foursome (along with drummer David Hidalgo, Jr.) Social Distortion remains true to its roots. Ness can call himself a success after 30 years of playing his own music on his own terms.

The new album’s title and cover art are classic. And the music is classic Social D. The album kicks off with the hard-driving instrumental “Road Zombie,” then rolls through nine originals before the coda, an especially dark and gloomy take on Hank Williams’ “Alone and Forsaken.” Great stuff.

Various Artists – A Twist of Marley