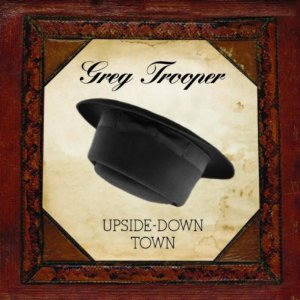 Greg Trooper’s music displays a variety of inﬂuences – bluesy inﬂections from R&B coupled with rootsy country melodies and arrangements. On his latest release, he handles most of the acoustic guitar, with veteran guitar-slinger Michael McAdam adding slide and electric guitar.