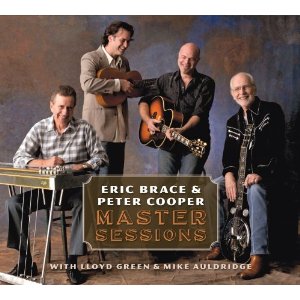 Brace and Cooper are not only fine singers, but excellent songwriters as well. Here, you’ll hear three Cooper and three Brace originals along with tunes from Herb Pedersen, Tom T. Hall, Jon Byrd, and John Hartford. “I Wish I had Our Time Again” opens with a perfect dobro kicker from Auldridge before Green’s pedal-steel takes over. The tune’s melancholy lyrics gradually convert its snappy melody from joy to regret. On the Herb Pederson classic, “Wait a Minute,” country superstar Kenny Chesney joins Brace and Cooper to form rocksolid three-part leads.

The duo’s style is closer to folk than country, and they deliver songs straight, with little in the way of the usual country vocal mannerisms or ornamentation; if Mary Chapin Carpenter is country, so are Brace and Cooper.