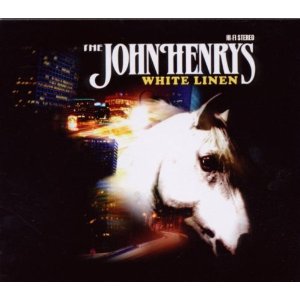 The John Henrys would be the last to deny the inf luence of Tom Petty’s music on their work – the clipped vocal phrasing of the opener, “Little One,” (a la Petty’s “The Waiting”) and the three-pronged guitar attack that propels it are undeniable giveaways. But for the most part, the Henrys stay on the right side of the line between inf luence and imitation while also making a case for crediting Petty as a founding father of the Americana genre.

The guitar-dependant, emotionally upbeat feel of the John Henrys’ music, where vocals and guitar are given equal weight in the mix, puts them in the Blue Rodeo side of the genre. While they don’t get into “gritty” or “dark,” White Linen is not all blue skies and driving with the top down. “Good Man” highlights Steve Tatones’ steel guitar, while “Dawson City” and the title cut which mix elements of Neil Young and the Band with New Morning-era Bob Dylan, give the album the weight and balance that make it work.

Downchild – I Need A Hat