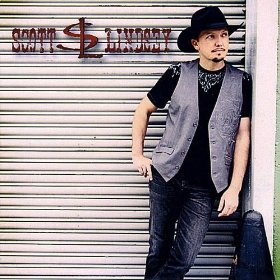 From the first raucous notes of “You Only Call Me (When You’re Drunk)” it’s obvious Scott Lindsey is invoking the spirit (and spirits!) of the late Gary Stewart.

There are certainly worse musical role models, and the song makes a great opener. Where he goes from here remains to be seen, though he sure as heck is on the right road. “Her In A Hurry” is an upbeat Hal Ketchum-style tune that makes good use of the matching of Lindsey and co-producer Phil Roselle’s guitars, Jon Yudkin’s fiddle, and Roselle doubling on banjo.

Lindsey’s voice has the right touch of growl when he slides into a Randy Travis-like rumble. He co-wrote nine of the 10 songs here and one gets the sense that, unlike many contemporary barely-country hit machines, he has done his honky-tonk time. It doesn’t hurt to have Roselle along; when he cuts loose on “I’ve Been Thinking ’Bout This All Day,” Roselle makes a good song all the better. He and Lindsey come across like a countrified Tom Petty and Mike Campbell. On the more formulaic “Backwoods,” Roselle brings an authoritative swagger to his slide playing, pushing a lesser song to a higher tier.