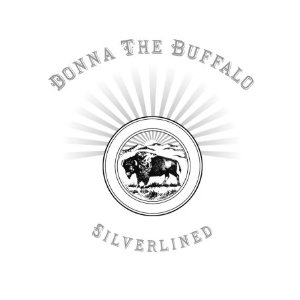 Some still think Jethro Tull is the name of that band’s lead singer. So was it wise for a band, especially one with a female lead singer, to name itself Donna The Buffalo? The hippy pretentiousness of it begs for the administering of a Moe Howard-style group slap. But Silverlined, their sixth album, is full of lively, intelligent, rhythmically infectious songs that can be serious or light without being pedantic or goofy.

Sure, DTB are idealistic granola-encrusted post-hippies, but likeable ones. Jeb Puryear plays strong country guitar and writes and sings pretty well. But DTB comes alive when he’s coloring writer/singer/Earth Mother Tara Nevins’ tunes with background vocals and snappy middle-range licks, though it would have been nice if guest backup vocalist David Hidalgo had been handed a guitar for a tune or two.

Nevins’ cowgirl voice and trenchant, wry songs (she wrote six of them on this disc) are the band’s greatest assets. Her “Broken Dreams” (“Why can’t you seem to talk like you really know what you did?”) comes from a woman whose BS detector is set on 10. Compared to Puryear’s seven songs, all six of Nevins’ (including “Beauty Within,” one of two with Bela Fleck on banjo) underscore that DTB is at its best with her up front. But if what Puryear brings as musician, co-producer, or navigator helps Nevins operate at her peak, he’s earning his keep.

This article originally appeared in VG’s Nov. ’08 issue.  All copyrights are by the author and Vintage Guitar magazine.  Unauthorized replication or use is strictly prohibited.
Current Issue