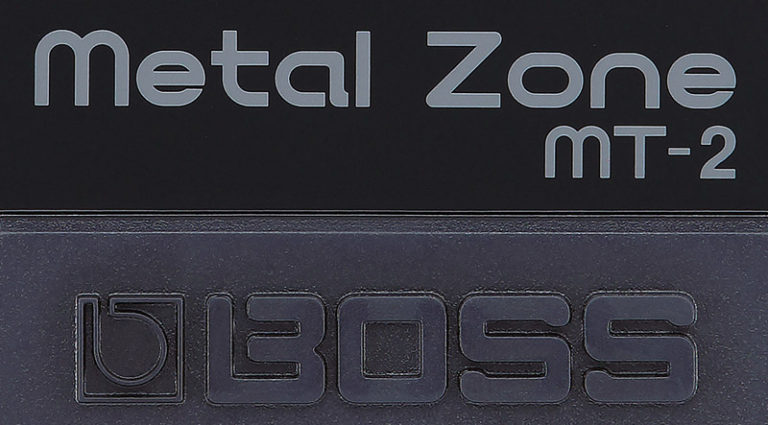 Over the years, the Boss Metal Zone has often been lampooned for its ferocious personality. But if you plug one in, you’ll be hard-pressed to understand why – it’s a badass box with high-gain distortion and an EQ section of terrifying power. This new version also celebrates the box’s 30th anniversary.

The majority of this Boss’ controls are EQ-related. In addition to the obligatory Level and Distortion controls, you get four concentric tone-shaping knobs to save space. Bass and Treble preside over massive EQ sweeps. Using the Bass control, the low-end on a 1×12 cab was dramatically boosted to half-stack territory – there’s serious “thump” in this box. The Treble is also potent, requiring a judicious hand. If you’re not careful, you’ll get angry bees. The solution is simply not to overdo it.

The two middle controls are Mid and a Mid Freq that is a semi-parametric EQ. Using them, the MT-2 3A is particularly adept at that cocked-wah sound, steeped in gain and a deadly mid bump. While many stompboxes purport to deliver “stack” tones, this one does, bringing to mind blast-furnace textures of an Orange or Bogner head through a big cabinet.
While the Metal Zone doesn’t have to be the only distortion unit on your pedalboard, it’s a specialty gain pedal that will grab attention. It’s also hellaciously fun.