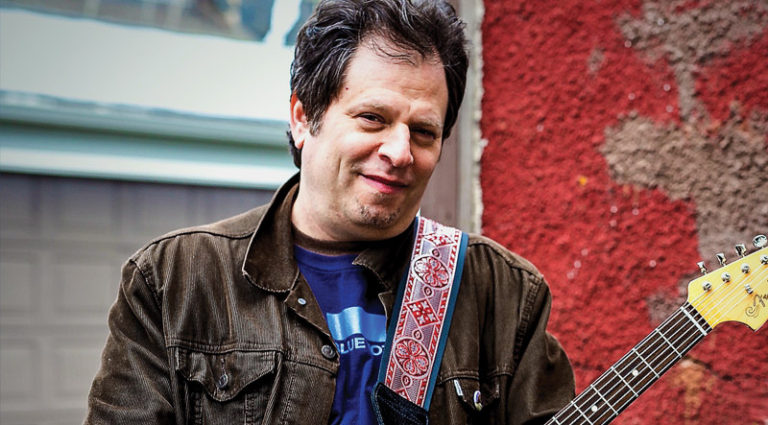 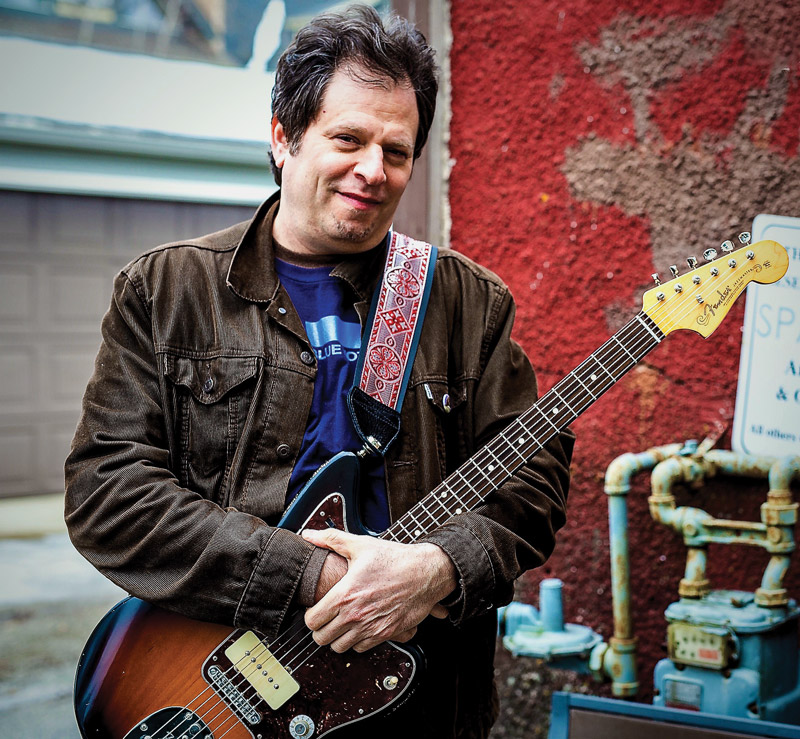 There are many styles of blues guitar, from haunting Delta acoustic to volcanic blues-rock. Hailing from the mecca of Chicago, Dave Specter plays electric blues that comes from deep immersion in that city’s music and culture. Specter’s latest album, Six String Soul, is a 30-year retrospective delivering an authentic sound that can’t be faked; his tone is edgy and wide as a Mack truck, with serious vibrato and string bends. We asked the Windy City ace for the ingredients that go into his formidable six-stringing.

How did you get on a blues path, despite growing up in the FM rock era?
Growing up in Chicago was key. My parents loved folk music and acoustic-blues artists like Leadbelly and Big Bill Broonzy. Having an older brother and sister who’d come home and tell me about seeing Muddy Waters, Buddy Guy and Junior Wells, Koko Taylor – even buying schnapps for Howlin’ Wolf – further led me on a path deep into the blues.

What was some of the earliest authentic blues that grabbed your attention?
Hearing Muddy and Big Bill on the radio grabbed me in a very powerful way. Growing up with the Beatles and Rolling Stones, and then hearing the soul and power of deep blues, really woke me up and spoke to me like no other music I’d heard before.

But you didn’t start playing until you were 18 years old, which is relatively late.

I picked up guitar the summer before I went to college, after meeting a group of musicians and artists at school. Once I heard Chicago blues shows on campus and in clubs, I immersed myself in guitar records and practiced intensely. My influences were Magic Sam, Otis Rush, Buddy Guy, T-Bone Walker, Muddy Waters, B.B. King, Steve Freund, Kenny Burrell, and Leo Nocentelli, to name a few.

You started recording for Delmark in 1991, the year after Stevie Ray Vaughan’s death. Was he an influence?
I found more common ground with Jimmie Vaughan than Stevie, though Stevie’s first album made a very strong impression. We all loved Strats and I always went for a darker, fuller Strat sound. Keith Richards was my first guitar hero, but I soon fell in love with blues players. I was already a Chicago-blues purist in my early days; later, one of my first tours was with [Howlin’ Wolf guitarist] Hubert Sumlin and drummer Sam Lay.

“Blues On My Mind” suggests jazz. How does that mix in your approach?
I always loved blues players who took a more melodic and swingin’ approach, combined with a relaxed intensity in their playing. B.B., T-Bone, and Gatemouth Brown are perfect examples of that jazz hybrid and all are big influences. I’ve read interviews with Otis Rush and Jimmy Johnson about how much they loved Kenny Burrell, Wes Montgomery, and George Benson, and helped lead me into the jazz/blues guitar world. Blues and jazz are brother and sister – when they get along and complement each other, it’s a beautiful thing.

What are your main guitars?
I started as a Strat player using ’57 reissues, American Standards, and an original ’57 refin. I also had a ’55 ES-175, but switched to Epiphone Rivieras with mini-humbuckers and ES-135 and ES-137 Custom models. Lately, I’ve been playing Jazzmasters – my favorite is a reissue ’65 Thin Skin in Aztec Gold. I use Lollar, Fralin, or stock pickups in my Jazzmasters.

What about amps and effects?
I started out using ’60s Super Reverbs, then switched to a tweed Bassman or Victoria. I’ve recorded with a couple Vibroluxes and lately have been using a Super Reverb and a Victoria Golden Melody.

I didn’t use effects until about 12 years ago, but now, my main pedal is a Voodoo Labs Sparkle Drive. I also use various Hammond-organ simulators like the Keeley Dyno My Roto, and a Dunlop mini-wah.

How hard do you push amps?
I never really crank up past 5 or 6 in the studio.

Do you have any tips for rock guitarists who want to find something closer to authentic Chicago blues in their playing?
The key is to immerse yourself in the music. Listen to Muddy, early Buddy, Otis Rush, Magic Sam, Albert, Freddie, B.B. – and listen closely to their tone and touch. You’ll hear beautiful, clean, soulful tones with edge and intensity; that’s my favorite feeling for the blues. You’ll also hear perfect examples of bending and vibrato. Sometimes precise and clean, other times crazy and unpredictable – good blues guitar is always powerful, expressive, and soulful.