The last consequential Stones album, 1981’s Tattoo You wasn’t technically a new recording. While the band rehearsed for a U.S. tour, co-producer Chris Kimsey discovered semi-finished studio material going back as far as 1972, to which Mick Jagger added fresh vocals. The result was this uncanny studio gem. 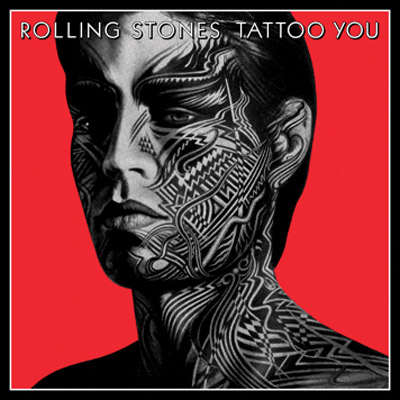 “Start Me Up,” “Hang Fire,” and “Little T&A” remain essential FM rock thanks to Keith and Woody’s stripped-down riffing. “Tops” sports a fat solo from Mick Taylor (evidence of a ’72 leftover), while “Worried About You,” from the Black and Blue era, has a growling lead from potential Taylor replacement Wayne Perkins.

In the two-CD Deluxe edition, the prize is nine unearthed studio cuts, some brilliant. “Living In the Heart of Love” is a full-bore Keef rocker; “Fiji Jim” sports greasy slide. Dobie Gray’s hit “Drift Away” is retooled as Stones country, while an early “Start Me Up” has a reggae feel. You will rue these tracks weren’t released 40 years ago.

The four-CD Super Deluxe box includes an energetic, if unnecessary, 1982 Wembley concert (Do we really need another “Brown Sugar”?). By themselves, though, the remastered Tattoo You and unreleased studio tracks affirm the Stones’ final blast of genius.