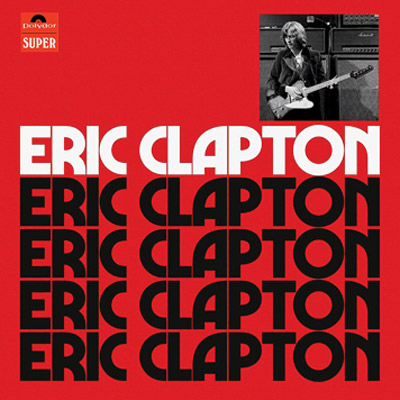 Recorded following the demise of Blind Faith, Clapton’s 1970 debut found the 24-year-old guitarist discovering his own voice as he morphed into a solo artist. We also witness Slowhand’s conversion to Fender; the centerpiece “Let It Rain” is a celebration of his newly scored ’56 Strat, Brownie.

This four-CD set gives three versions variously mixed by Tom Dowd, Eric’s mentor Delaney Bramlett, and Clapton himself, who drenches the vocals with reverb. All are interesting, but none better than Dowd’s final vision. The Beatlesque ballad “Easy Now” finds Clapton writing for acoustic guitar a la George Harrison, while “Blues Power” delivers sharp, Buddy-Guy-fueled solos. His rave-up of J.J. Cale’s “After Midnight” would become an FM staple.

The fourth disc is outtakes, singles, and alternate takes. You’ve heard the Carpenters’ 1971 hit “Groupie (Superstar),” but Delaney & Bonnie’s original with Eric’s Strat is sweet and soulful. Also check out the initial version of “Let It Rain,” then called “She Rides,” with different lyrics and vocal approach.

While this box isn’t mandatory, it’s a deep-dive into the LP that launched a 51-year solo career. Now readying himself for a 2022 tour, Slowhand isn’t done yet.

Nickel Creek – Why Should the Fire Die?