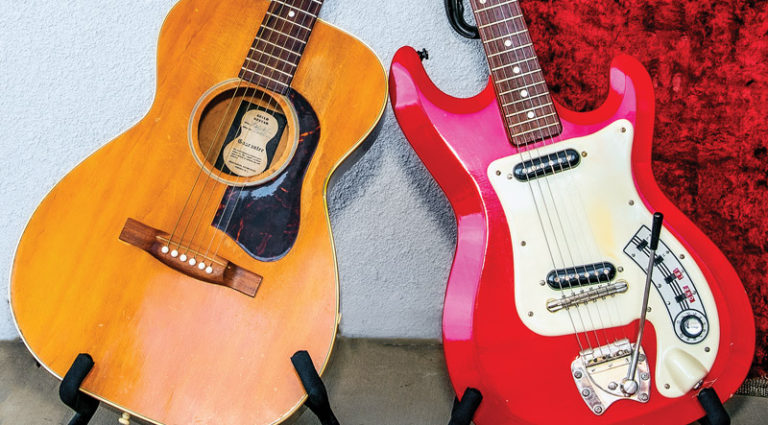 John Wiley couldn’t have known it then, but when his parents rewarded two years of applying himself to guitar lessons by giving him a brand-new Guild F-20 Troubadour in 1960, the guitar would ultimately play a huge role in his life.

“It was my first ‘real’ guitar,” he said. “We walked into Adler Music Studio, in Van Nuys (California), and I was amazed at all the cool guitars. I couldn’t take my eyes off the Gibson electrics – there were Les Pauls! The first I’d ever seen.”

However, the Wileys were there to get young Johnny an acoustic, Dad thinking a Gibson like his son’s uncle, Roy, had. But after seeing their prices, he let the salesman describe some options and they walked out with the Guild – $110, with chipboard case. The boy was smitten and the guitar motivated him to keep playing while also permanently shaping his taste in neck profiles.

“Though I was heavily influenced by the Beatles and Stones, for some reason I thought I wanted a Ventures or Beach Boys guitar,” he said. “But then one day I saw a single-pickup Gibson Firebird at Wallich’s Music City…

“My parents, being inquisitive, called several music stores and one of them suggested, ‘You can get the Gibson with only one pickup for $189, or for the same price get a different brand with a variety of pickups and tones.’ 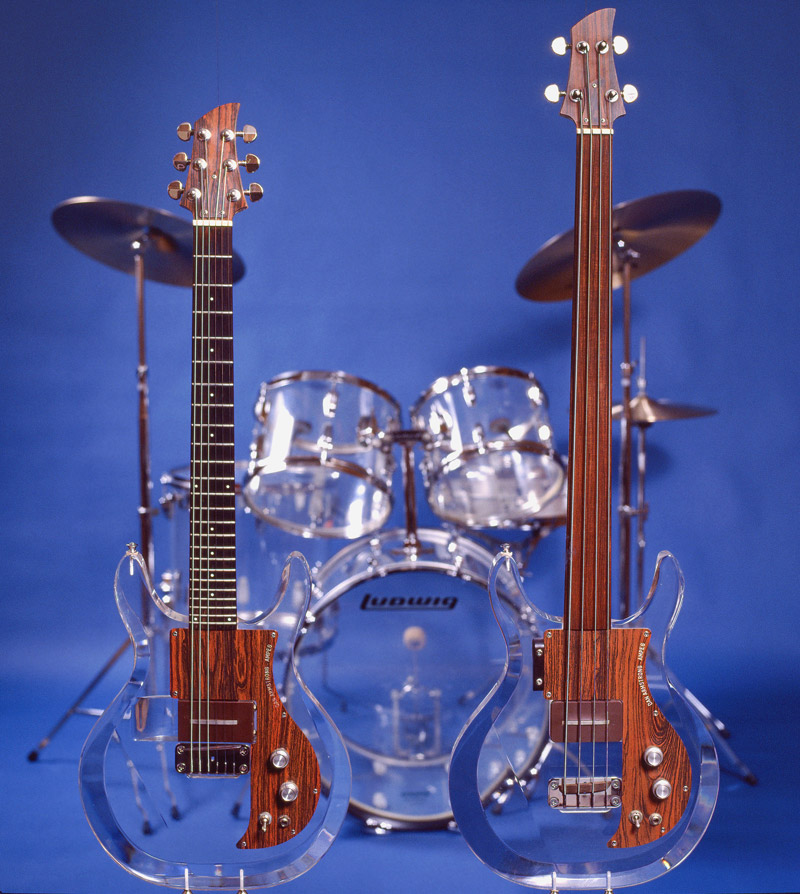 “After much research, Mom found the ‘perfect’ guitar for me – a Hagstrom Futurama.”

Keys to Music, a store in Reseda, had a selection of Futuramas, so the family paid a visit.

“The features were impressive,” John said. “Twin pickups, Volume and Tone selector switches, even a whammy bar – and a hardshell case. The only two colors available were an ugly powder blue and red, which I really liked.”

John played the Hagstrom for years, including lessons at Ernie Ball’s, in Canoga Park.

“One day, my teacher, Ted Greene, offered to modify it. He removed the pickguard and soldered-in a few components that gave it a more rock-like tone that I thought was awesome. It’s now a keepsake because of what the late-great Ted Greene did to it.”