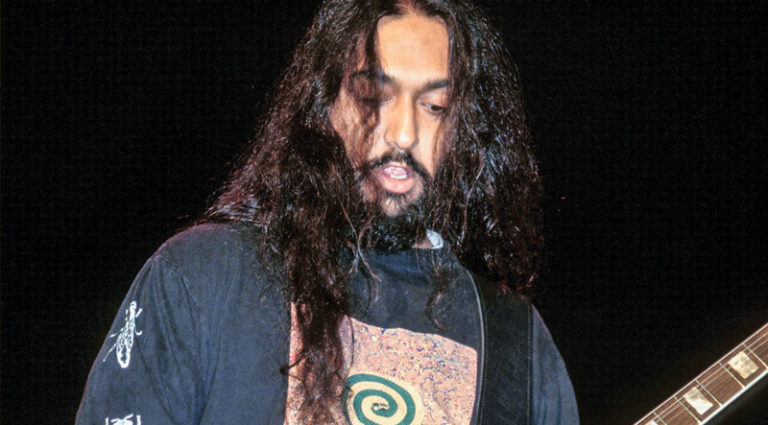 In 1991, a movement emerged from Seattle that shook the musical world to its core. Seemingly overnight, a cadre of unlikely “grunge” bands from the Northwest rose quickly to attain musical dominance, sweeping aside the shred, glam, and prog-rock excesses of the ’80s.

As the movement took hold, an alternative-rock attitude defined a generation of composers and performers, reuniting punk with hard rock, and heavy metal with story songs of youthful angst and social commentary. Nurtured by the indie-rock college crowd, it reconciled ingredients that had merely threatened to align two decades earlier.

The media labeled Seattle’s proponents as “grunge” for marketing purposes, encouraged by Sub Pop, the city’s indie record label. But, the genre was not the monolithic concern touted in the press. In truth, seclusion, not uniformity, characterized the movement.

Sheltered from the commercial demands of media centers like Los Angeles and New York, Seattle served as incubator for an aesthetically challenging form of rock in which the leading groups differed markedly in sound and conception; Nirvana came off like a power trio fronted by a rogue singer/songwriter who favored low-tech psychedelic undertones, while Pearl Jam purveyed a classic-rock guitar-driven ’70s hybrid and Alice in Chains mixed ’80s power-pop and blues-rock with modern metal elements.

Guitarist Kim Thayil embodies the collision of tangents inherent in grunge, and became one of the founders and earliest – and arguably heaviest – practitioners of the new music. Born in Seattle, he was raised in the Chicago suburb of Park Forest. His mother was a music teacher, but he became interested in music independently at an early age and was writing lyrics by 12. His teen influences included hard rock/metal bands and ’70s punk. His first band, Bozo and the Pinheads, played punk cover tunes and Thayil originals. After briefly attending the University of Illinois, Thayil returned to Seattle with schoolmate Hiro Yamamoto. There, he earned a degree in philosophy at the University of Washington while working as a DJ for KLCMU. Concurrently, he assembled the first lineup of Soundgarden.

Named after the wind-channeling pipe sculpture at Seattle’s National Oceanic and Atmospheric Administration, the band was formed in the early ’80s as the Shemps with singer/drummer Chris Cornell and Thayil on bass after being recruited to replace Yamamoto. By ’84, the group had reshuffled to feature Cornell, Thayil on guitar, and Yamamoto on bass. In ’85 they added drummer Scott Sundquist, allowing Cornell to assume rhythm-guitar/frontman duties. The quartet performed in and around Seattle, and first recorded on the ’86 compilation Deep Six, which also included the Melvins, Green River, and Skin Yard. That year, Sundquist left Soundgarden to be succeeded by Skin Yard’s Matt Cameron. The band made its formal debut with the song “Hunted Down” in ’87, which marked the creation of the Sub Pop label. This led to the Screaming Life and Fopp EPs, eventually released as Screaming Life/Fopp in ’90. Soundgarden’s first official album, Ultramega OK (’88), was recorded for SST. Though deemed “a mistake” by Cornell because he felt the producer hadn’t understood the Seattle aesthetic, Ultramega received accolades that tagged the music as “Stooges meets Zeppelin/Sabbath sound.” It earned a Grammy for Best Metal Performance in ’90.

Soundgarden subsequently signed with A&M Records, released their major-label debut Louder Than Love, in ’89, toured with Guns ’N Roses, and began a shift from punk toward a more-commercial Zep/Sabbath connection.

While the band toured in 1990, Yamamoto was replaced by Jason Everman, who was in turn succeeded by Ben Shepherd just before the recording of Badmotorfinger in ’91. The album was praised for its improved material and balance of cerebral, artsy music with mainstream metal. Though it was eclipsed by Nirvana’s Nevermind, it nonetheless paved a way for Soundgarden and other Seattle bands. “Outshined” and “Rusty Cage” were embraced by the alt-rock audience, and Badmotorfinger became a hit and was nominated for a Grammy in ’92. The quartet toured with Guns N’ Roses, Skid Row, and Faith No More, performed at the ’92 Lollapalooza tour, and released a limited edition of Badmotorfinger with a spot-on cover of Sabbath’s “Into the Void.” The following year, they appeared on screen and soundtrack, in Singles, the cinematic saga of the Seattle scene.

Soundgarden’s breakthrough fourth record, Superunknown, entered the charts at #1. Revered for its experimentation and range, its lyrics addressed themes like suicide, substance abuse, alienation, and mental illness while incorporating Middle Eastern and Indian musical references alongside trademark metal elements. The album spawned hit singles, “Spoonman,” “Black Hole Sun,” “The Day I Tried to Live,” “My Wave,” and “Fell on Black Days,” won two Grammys, and was certified five times platinum. It remains their most successful work.

Down on the Upside was Soundgarden’s final recording of the ’90s (and the glory days of the Seattle wave). Self-produced, it reflected the band’s desire to delve into varied sounds and featured greater use of acoustic/electric timbres that prompted critics to compare it favorably with Zep’s balanced arrangements. However, it also reflected tensions between Thayil and Cornell over the band’s direction. Consequently, it sounds like the lighter effort preferred by the singer. “Pretty Noose” was nominated for a Grammy, but the album failed to reach the sales or critical acclaim of Superunknown, and the group disbanded in April ’97. A greatest-hits compilation, A-Sides, featured their prime singles. Typically, experimental hard-rock bands wouldn’t be adequately represented by such an obvious and seemingly superficial collection, but the material remains definitive – a neat trick few bands can approach. It’s a testament to their abilities, chemistry, and staying power, and to the magic of the Seattle phenomenon.

STYLE
What is grunge? That depends on the band. Nowhere is that more inscrutable than in Soundgarden. Thayil has referred to their style as “Sabbath-influenced punk” – and his playing epitomizes that mindset. His expression of grunge on the early recordings specified guitar-dominated rock fusing idiomatic punk and heavy-metal elements with an emphasis on overdriven amp sounds. However, the group maintained and developed an experimental, inquisitive trajectory. Psychedelia, atonality, and world-music sounds figured prominently and marked their evolution from Badmotorfinger to Superunknown. Consider the juxtaposition of atypical timbres in “Black Hole Sun.” The effect is one of lighter psychedelia (think “Lucy in the Sky with Diamonds” given a quirky early-Floyd/Syd Barrett treatment) contrasted with much darker and brooding metal.

Thayil’s contributions to Soundgarden are personified by the riffs. His thematic figures range from hard-driving power-chord patterns as in “Spoonman” and “My Wave” and Spartan single-note melodies to unusual lopsided lines that freely careen through varied time signatures. Thayil’s lead playing treads between traditional and unusual. Consider the melodic choices in his solo to “Spoonman,” which contain a mixing of modes suggesting blues-rock tempered with Indian raga sounds. His leads often allude to the pentatonic blues-based language of Iommi, et al, but similarly transcend blues rigidity by relating to sounds apart from the blues-rock canon. Like Hendrix, Page, and Iommi, much of his playing owes to transplanting and manipulating ’60s blues-rock melodies in new and unfamiliar (often highly dissonant) contexts. Case in point is the solo in “Black Hole Sun”; to heighten the blues-rock connection, he applied wah to his largely pentatonic lines in A minor played over a F6sus#4sus2 sonority – hardly a standard harmonic concession in rock songwriting.

Uncommon meters and rhythmic shifts distinguish several Soundgarden compositions. These were not preconceived, but occurred intuitively during development of the band’s material, and underscore the organic nature of their work ethic. Odd time signatures are prevalent in “Circle of Power” and “My Wave” (5/4), “Fell on Black Days” (6/4), “Limo Wreck” (15/8), and “The Day I Tried to Live,” which flaunts alternating 7/8 to 4/4 meters. “Black Hole Sun” takes a step further and exploits motion through 4/4, 2/4, 6/4, and 9/8 in the course. “Rusty Cage” is situated in a moderate-rock 4/4 groove, but gives way to a sinister Zeppelin-inspired line in the closing section that reverts to a much slower tempo and a guitar figure alternating between 3/4 and 5/4 meters.

Thayil’s penchant for alternate tunings plays an integral role in the Soundgarden equation, particularly dropped tunings like drop-D in “Outshined,” “Black Hole Sun,” “Hands All Over,” and “Black Rain.” Others used dropped low-E strings or whole-step re-tuning of the entire guitar that deepened the Black Sabbath connection. However, Thayil took the approach even further, sometimes dropping the E as low as B, as heard in “Holy Water” and “Rusty Cage.” Other tunings include D-G-D-G-B-E in “New Damage,” D-A-D-G-B-B (B unisons) in “Face Pollution,” E-E-B-B-B-E in “Somewhere,” E-E-B-B-B-B in “My Wave” and C-G-C-G-G-E in “Burden in my Hand” and “Pretty Noose.”

SOUND
Thayil’s choice of guitar reflects his individuality and quirkiness. Most Seattle guitarists used Fender and Gibson axes, but Thayil popularized the all-but-forgotten Guild S-100, with its SG-shaped body, two humbuckers with phase switch, rosewood fretboard with block inlays, and a slanted stop-tail that allows for string bending between the bridge and tailpiece. He also used Guild S-300 models with DiMarzio pickups, a ’59 Telecaster for rhythm parts on Superunknown and Down on the Upside. Onstage, he occasionally played a Gibson Firebird reissue, American Standard Tele, and black Les Paul Custom.

Thayil has played a number of amps. An early favorite was the Peavey VTM-120. By the mid ’90s, he favored Mesa Boogie Dual Rectifiers with 4×12 cabs for solos, and 50-watt Mavericks for rhythm. He supplemented his rig with Fender Super, Princeton, Twin-Reverb and Vibro-King combos, along with a vintage Orange head. He sometimes applied a preamp for his DI signal, as well as an Intellitronix LA-2 and Summit units. His effects included a Dunlop Rotovibe, wah, Ibanez chorus, and Mutron Phase Shifter (“Applebite”). Thayil prefers Dunlop .73mm picks and Ernie Ball Super slinky strings, with heavier bass strings for drop tunings.

Wolf Marshall is the founder and original editor-in-chief of GuitarOne magazine. A respected author and columnist, he has been influential in contemporary music education since the early 1980s. His books include 101 Must-Know Rock Licks, B.B. King: the Definitive Collection, and Best of Jazz Guitar, and a list credits can be found at wolfmarshall.com.