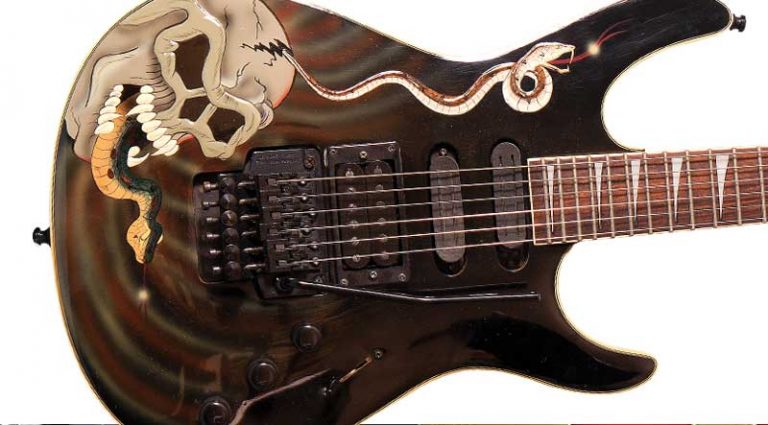 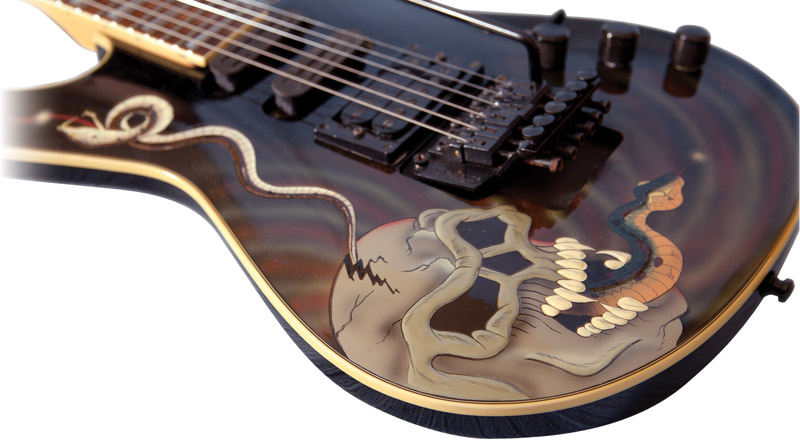 Some guitars hit the market at the perfect time to becom e classics – think Les Paul and Stratocaster. Some experience brief popularity, then slip into obscurity – think Bond Electroglide. Yet others are intrinsically interesting but their timing is off, and they have to percolate their way into our consciousness. The Samick Viper is a good example.

Most know that Samick is one of the world’s largest guitar manufacturers. If you own a vintage Hondo or a modern Epiphone, Fender Squier, Washburn, or Hohner, it’s likely to have been made in a Samick factory.

Just as the Japanese guitar industry – while it may have had earlier roots – arose from the ashes of World War II in the 1940s, the Korean guitar industry essentially emerged from the chaos of the Korean War in the ’50s. Samick began as Samick Piano Company in ’58, founded by Mr. Hyo Ick Lee in Inchon, South Korea, primarily as an agent for American Baldwin pianos. In 1960, Samick began making its own uprights. In ’65, it expanded into acoustic guitar production, serving the lowest segment of the market. In ’69, Jerry Freed and Tommy Moore, of Texas-based International Music Corporation (I.M.C.), went to Korea and set up a joint venture with Samick to make Hondo guitars, which debuted in 1970. I.M.C. brought Japanese technicians to Korea to introduce improved production techniques. Initial Hondos were acoustics, followed by the first electrics in ’72.

Samick continued to improve and expand into making other instruments, including harmonicas, banjos, and grand pianos. In ’73, the name changed to Samick Musical Instrument Manufacturing Company and in ’78 it opened an office in Los Angeles, making it a full subsidiary in ’82 – the Samick Music Corporation. Ironically, while Samick is a major guitarmaker, its

main fame rests on its grand pianos. In the ’80s, it began building lower-range Epiphone (Gibson) and Fender guitars.

Samick went public in ’88, trading shares on the Korean stock exchange, and began a push to promote its own brand. For guitars in the U.S. it appeared by ’91, when it was introduced in guitar-magazine ads. Despite initial dealer resistance, Samick pursued an aggressive strategy. In ’92, it purchased a half interest in the small custom maker Valley Arts Guitar, advertising them with endorsements by Ray Benson and Keb Mo. In late ’02 the name was sold to Gibson.

While not perfect, it’s an impressive guitar. Its body is three-piece alder, thin, and with a carved/arched top. The maple neck is also thin, and the two-octave rosewood fingerboard is bound, wide, and relatively flat. The “sharktooth” inlays have a little too much filler, but still look nifty. The licensed Floyd Rose is… well, just that. The pickups on this particular one are not that well-matched and probably explain why the pickups were commonly changed out, and why Samick quickly adopted Duncan-Designed pickups. Controls are a five-way with master Volume and two Tones (bridge, neck/middle).

The viper graphics are not a simple silkscreen. Rather, parts of the snake and skull are carved relief. Discussions with people at Samick suggest these were hand-carved in Korea; Samick did own a furniture business at the time, and may have had access to certain carving machines, but no one there recalls it being employed on guitars. Plus, Samick today produces several elaborately carved guitars, and all are done by hand. In addition, the carving is hand-painted. So, this was not a “wham bam, thank you ma’am” guitar. Priced at $649 – Samick’s most expensive at the time – it was a bargain, especially when compared to the list prices on the best Samick-made guitars for other brands (e.g. Fender’s Squier).

In ’93, Samick opened a new factory in Bogor, Indonesia, to make its low-end acoustics, adding electrics in ’95. Only the top models are now made in Korea. By ’98, Samick was promoting itself as the world’s largest guitarmaker. The following year, Samick began hiring American luthiers to design its flagship guitars, beginning with Greg Bennett. In 2010, the company introduced guitars and basses designed by J.T. Riboloff, and currently produces a limited number of guitars in the U.S.

Dating Samick guitars from the Viper period is easy; the first three numbers represent year and month. The one shown here is 2082134, making it 1992 (2) made in August (08). The Alternative Series was listed in only one edition (1992-’93) of the Guitar World Buyer’s Guide, though sources at Samick suggest they were made until ’96. Certain sources suggest 1,500 were made and Samick confirms the number is likely accurate. In any case, the Alternatives arrived at just the wrong time! In ’92, alternative rock was taking the world by storm in the form of Nirvana and the “Seattle sound,” which preferred lower-budget/retro guitars like the Fender Mustang and the Talman, and lipstick-tube pickups superseded Superstrats and Floyd Roses. Nevertheless, a guitar with a hand-carved skull-and-viper motif is about as timeless as you get! And now you know to keep your eyes, er, peeled!