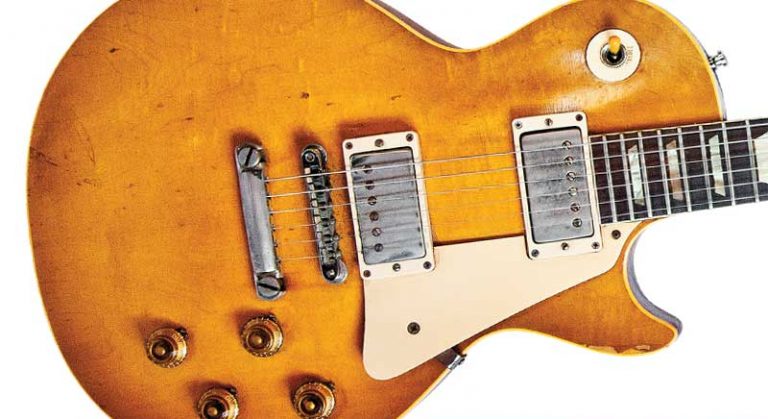 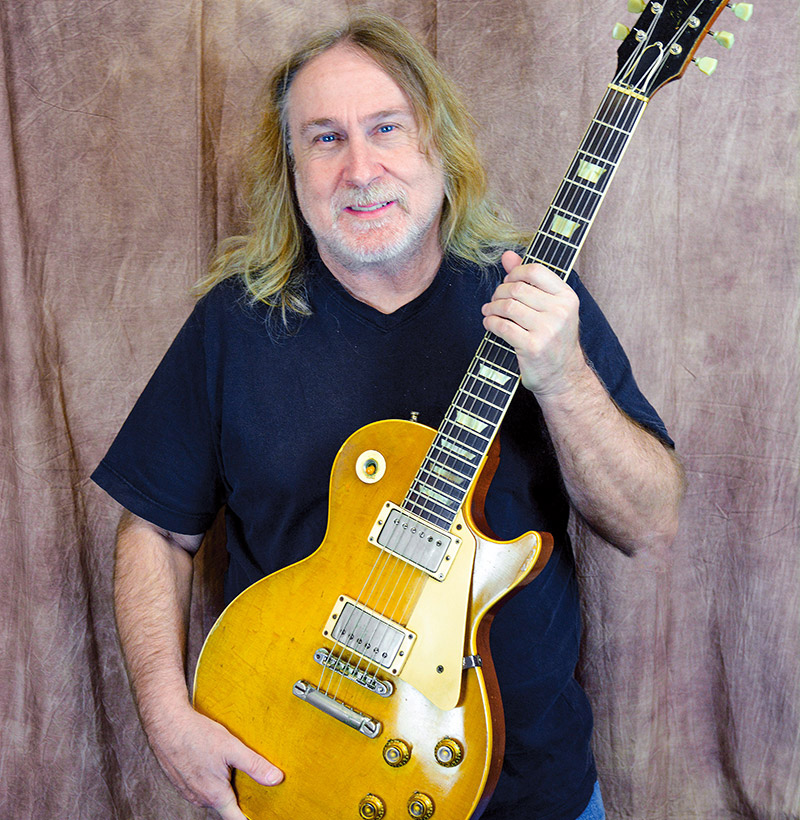 Greg Martin’s infatuation with the sunburst Gibson Les Paul Standard started in 1966, when, “I saw the picture of John Sebastian of The Lovin’ Spoonful with his ’59 on the back of Daydream,” he recalled when asked about his “pride and joy” ’58. “Two years later, I spotted Michael Bloomfield playing a ’Burst on the Electric Flag and Super Session albums. Between listening to Bloomfield’s playing and reading Hit Parader, I put together that a Les Paul with PAFs plugged into a cranked Fender or Marshall tube amp was a marriage made in heaven!”

By the mid ’70s, Martin was on the hunt for a guitar like those that had been used so often by his heroes, including Billy F. Gibbons, Jimmy Page, Ronnie Montrose, Duane Allman, Mick Taylor, Peter Green, Eric Clapton, and others. “I have no idea why, but I wanted a ’58,” he said. But price was an object. So while the ’Burst remained a dream, through 20-some years of playing he used a variety of Les Pauls including a mid-’50s Special in TV yellow finish.

Fast forward to the spring of 1990; The Kentucky HeadHunters’ Pickin’ On Nashville was about to achieve Gold status when the band was offered an opening slot on Hank Williams, Jr.’s Lone Wolf tour. They jumped at the chance. Oh, and… “I knew Hank, Jr. had a ’58 because I had seen him play it during a concert in Mississippi, and his lead guitarist at the time, Wayne ‘Animal’ Turner, often played it onstage,” said Martin. “So that spring, I borrowed it to make the ‘Oh, Lonesome Me’ video. From there, I took it on the road.
“Every time I plugged it into my old Marshall half-stack, there was that tone!” Martin recalled. “Thanks to Hank and his tech, Bud Phillips, I had it on the road all year.”
Eventually, though, the time came to return the guitar. “We were playing the Starwood Amphitheater, outside Nashville, when, with Mitchell Fox, our manager at the time, I took the guitar to Hank’s bus. But, next thing I knew, he was giving it to me! I didn’t know what to think, I was a little stunned. I even went back to the bus later to ask again if he had really given it to me!’

Once owned by Ed King, an early member of Lynyrd Skynyrd, the guitar is original except for its Tune-O-Matic bridge, which at some point was changed to a mid-’60s version. Its finish has faded to highlight its yellow hues (aficionados sometimes refer to Les Pauls with faded reds in their finish as “lemonburst”), and it weighs eight pounds, 12 ounces. The neck radius, Martin said, is more like a ’59, and its lead-position PAF measures 7.8k, the neck pickup 7.7k. He has used the guitar to record every HeadHunters album since 1993’s Rave On, as well as albums by Rufus Huff and Mighty Jeremiahs, Build Your Own Fire by Jimmy Hall and Muscle Shoals Rhythm Collective, and Skeptic Tank by Taildragger. “I think the best examples of its tone are on the Rufus Huff CD, ‘John The Revelator’ by The Mighty Jeremiahs, ‘Poor Old Me’ by Jimmy Hall, and The HeadHunters’ Authorized Bootleg: Live – Agora Ballroom – Cleveland, Ohio May 13,1990.

In 2010, Martin signed a contract with the Gibson Custom Shop to produce a copy of the guitar. “At some point, it’ll happen,” he said. “But for now I have prototype #1, and it’s a wonderful guitar.” Still, Martin is very aware that there’s simply no substitute for the real deal, and “Not a day goes by where I don’t say a ‘thank you’ to Hank, Jr. – and God!”