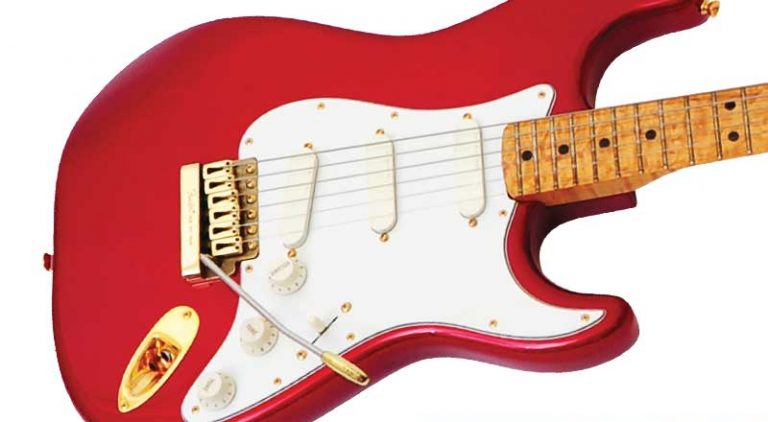 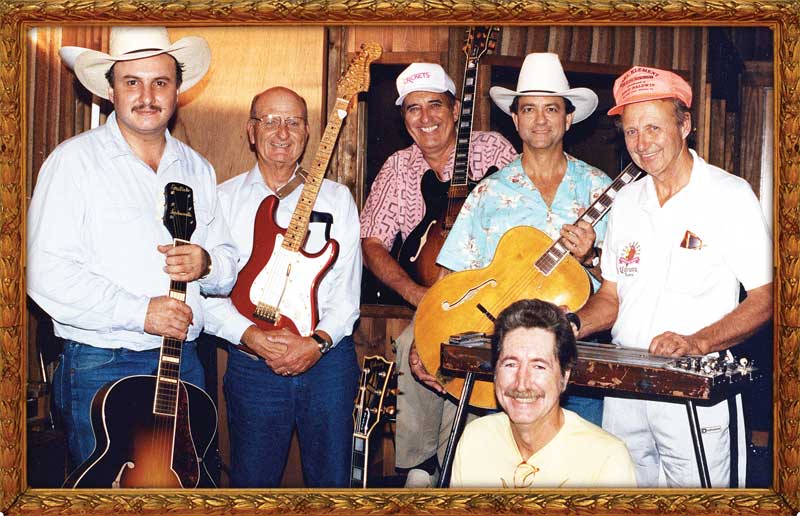 An itinerant Western music guitarist who befriended Leo Fender and other employees at his up-and-coming company in the early ’50s, Bill Carson (1926-2007) was the “test pilot” for the Fender Stratocaster prototype. His input led Fender to make significant changes to the guitar compared to the slab-bodied Telecasters; among Carson’s ideas were the body contours, pickups and their arrangement, and control placement.

Prior to the company being bought by CBS in 1965, Carson was appointed Supervisor for Guitar Production, and later spent several decades working for Fender Sales before retiring in the first years of the 21st century. Throughout his time in sales, Carson stayed in touch with his associates at the factory, monitoring innovations on the Stratocaster and continuing to lend ideas.

One day in 1977, Carson got a call from Charlie Davis, a longtime associate at Fender, who told him about a figured one-piece maple Strat neck that for nearly a decade had been stashed in the company’s Service Center (a precursor to the Custom Shop), which set aside certain parts for special projects and artist-relations instruments. It had the larger/CBS-era headstock and a four-bolt attachment, both of which Carson preferred. So he bought it with the intent of using it on a personal guitar he was building with a prototype ash body that had been carved for upcoming models like the Elite Stratocaster and The Strat.

One of Carson’s co-marketing efforts at the time was gold-plated aftermarket brass parts for Fender’s frontline models. One such kit for Strats included a vibrato bridge, nut, knobs, strap buttons, and a tip for the vibrato handle. The bridge was Carson’s design (he held the patent for it) and was made by Gary Kahler. Fender offered brass parts for about three years, and they were used on a handful of Strat variants in that era. But Carson also used most of them on the personal guitar he was creating, along with some new-old-stock gold tuners stamped with the Fender F logo. A 1969 neck plate was gold-plated for the effort. Davis supplied Carson with older pickups, potentiometers, and a wiring harness.
Carson originally used a three-ply (white/black/white) pickguard on his guitar, and standard knobs rather than the aftermarket gold-plated knobs.

“He wanted to keep the weight down, and keep the look simple, but elegant, without being too heavily laden with gold,” said Carson’s wife, Susan. The body is finished in Candy Apple Red.

The instrument was originally “…more admired than played, because it was such a beauty,” Susan recalled.

In 1987, Fender introduced Lace Sensors in many of its frontline models, and Carson was smitten with one variant of the new pickup.

“Bill was crazy about them,” Susan recounted. “He wanted them in a guitar for himself, and decided to use them in his red Strat. So, in 1988, he sent the red guitar to John English at Fender’s Custom Shop. The neck had always been a bit chunky for his liking, so he had John re-shape it, give it a lacquer finish, install larger frets, and put Lace Sensors in the body. The first-issue Lace Sensors had the company’s Gold tonality, which came to be Bill’s favorite; he really liked the smooth, quiet tone.”

After English’s touch-up, the neck had a B width with what Susan describes as “a very comfortable, classic oval contour.” English signed and dated the neck on July 17, 1988. The instrument weighs 83/4 pounds, and Susan recalled Bill saying, “I’ve never heard a Fender guitar ring, sustain, and resonate like this one does.”

Carson put his signature on the back of the headstock and on masking tape in the body cavity. He made additional notes on the inside of the back plate (over the vibrato springs): “Customized by me, for me – ’69 Strat, Bill Carson” and used the guitar exclusively until ’93, when the Fender Custom Shop built a run of limited-edition Bill Carson signature Stratocasters. From that run of 101 instruments, number 77 became one of his favorites.
Carson was living in Nashville at the time of his passing in February of 2007.