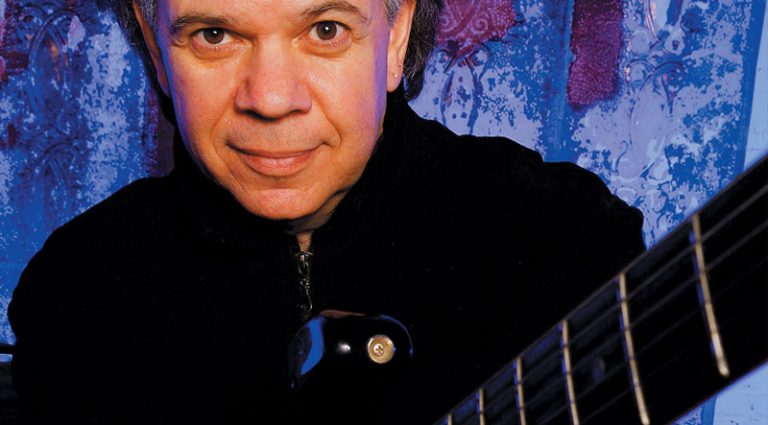 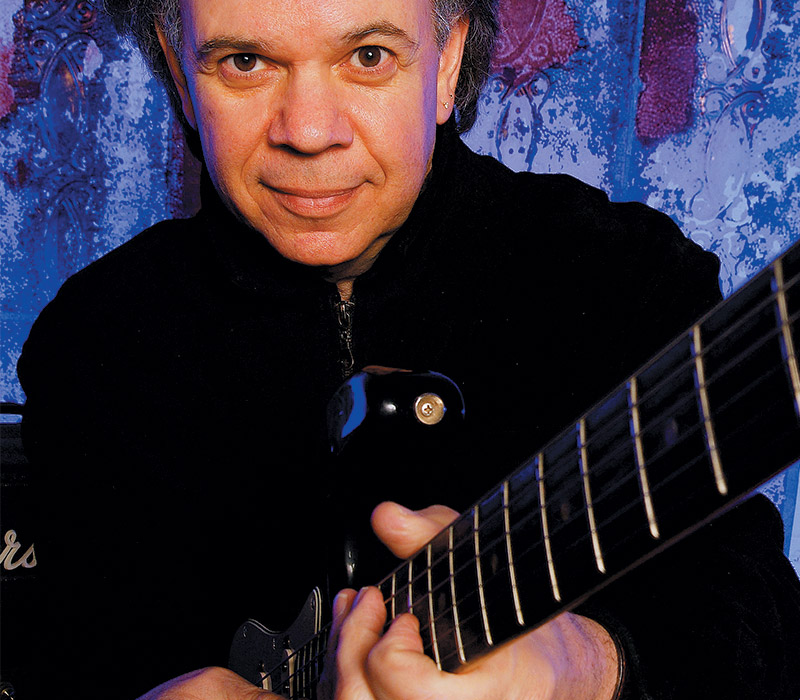 After 20 years of play-ing and recording his blistering fusion of jazz and rock, Carl Filipiak’s latest record, I Got Your Mantra, mixes his mastery of the instrument with his love for the music of one of rock’s masters, Jimi Hendrix, and his love of ’60s music in general.

“Pretty much from the beginning, I’ve done covers of tunes I like, mostly Hendrix tunes,” he said. “So, I finally said ‘Let’s have some fun and do a tribute to Jimi.’ I just felt like it was time.”

If you’re looking for straight covers, you’re in trouble. Aside from “Bold as Love,” the Beatles’ “A Day in the Life,” and “Hey Jimi (Slight Return),” the songs are Filipiak’s compositions. Even in those, though, one will find nods to the past.

“Every song on the record has something to do with the ’60s,” he said. “‘Into the Sea’ is based on ‘Castles Made of Sand.’ ‘14-15-16’ is based on ‘Norwegian Wood,’ and so on. It’s songs that filtered through my mind and playing that portray my love for that era. I guess I have one foot in the ’60s and I’m certainly not opposed to using whatever I have available now.”

Filipiak grew up in Baltimore and remembers being drawn to the guitar when he first heard Scotty Moore on the early Elvis hits. When the Beatles hit American shores, it drew him to the music. “The ’60s were a great time for all the things I listened to,” he recalled. “I was drawn to jazz at the time too, so I heard George Benson, Pat Martino, Wes, and Miles… I had this parallel love affair with jazz and rock.”

It was easy for Filipiak to pick up the jazz licks early because of a good ear, but he was also lucky to have a couple of great teachers at an early age. “I had to do the study thing to get that jazz language. That was tough. But I was lucky to find Walt Namuth, from Buddy Rich’s Big Band, and Larry Wooldridge. They’re the guys who really taught me the language.”

Filipiak played in bands as a teen, doing the hits of the day, but stopped in 1987 partly due to what was going on in the bar scene and the music scene. “It was great being in a Top 40 band all those years because there was all this great music, like Cream and Hendrix, Stevie Wonder, the Temptations – just great pop music. And it was a lot of fun. I was studying at the time, I was married, wasn’t rich… but was able to play five or six nights a week. I had a beat up car and an apartment. It was beautiful, really. But then the music started to change. The politics of it started to change. You had new liquor laws. The drinking age changed from 18 to 21, half the business was gone overnight. Bars that used to have two bands now had one. It really turned into a funky scene, and not a good kind of funky, if you know what I mean. It took me quite awhile to get my heart and finances together.” 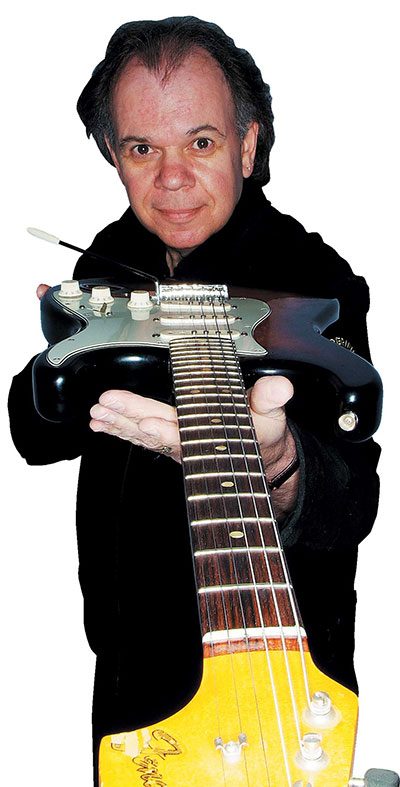 Filipiak eventually started doing studio work on jingles and hooking up with folks like producer John Grant. “I’d been writing all along and I realized it would be possible to do the whole thing independently. I had some help from friends. We just rehearsed and got it together. I wish I had done it 20 years earlier!”

That first recording led to a string of jazz guitar records full of great playing that so far has culminated in I Got Your Mantra. All those recordings contain nice contributions from well-known musicians like Dennis Chambers, Will Calhoun, and others.

He also teaches guitar, to pass along what he’s learned. “I do it a couple of days a week,” adding with a laugh, “I really wouldn’t stop teaching even if I sold a million records.” He also recently produced and played on a record with student Randy Runyon, who he calls “The kind that comes along once in a teacher’s lifetime.” He also serves as a clinician and endorser for Fender products. And speaking of his favorite guitars… “I really love Strats. My main one now is built from a Strat neck that a friend gave me from 1966. I hooked up with a wonderful guitar repairman named Phil Jacoby. I went out and bought a body and all the appropriate parts. That’s the one I used on the new album. I’ve got tons of Strats. My other favorite is probably the least expensive, a Highway One Strat that I just changed the pickups and tuning keys on. I’ve also got a lot of the signature ones, a Jeff Beck, a Clapton… just all kinds of Strats. If I want a Gibson sound, I’ll use a Guild Blackbird or a Guild Starfire.” As far as amps go, Carl also favors Fender. “I use a reissue Vibro with a 15″ speaker that I just love. I also have a Fender reissue Bassman with four 10″ speakers. That’s part of the setup I’ve had for years. I’m one of those guys who thinks two of anything sounds good. I like the sound of two amps.”

As you’d expect from someone with his eclectic attitude about music, Carl’s listening habits haven’t changed much since his teens. “I still listen to all the classic rock and jazz stuff – lots of Hendrix, Cream, Pat Martino, certain periods of Miles, early George Benson, there’s a place in my heart for that stuff that never gets old. I’ve also been checking out the new Paul McCartney and a Dexter Gordon disc a friend just turned me on to.”

You can find out more about Carl at carlfilipiak.com.