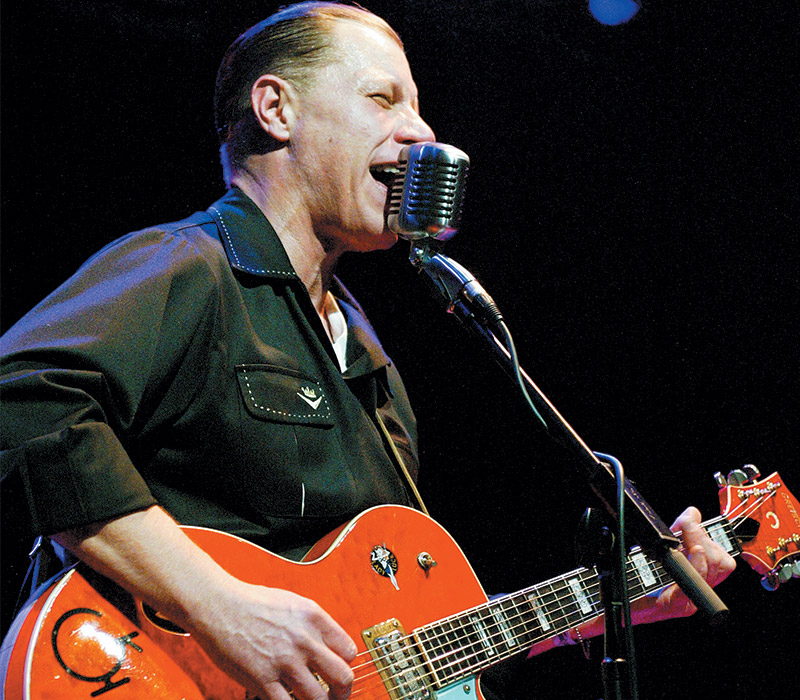 Jim Heath is better known to most folks as psychobilly guitar fiend The Reverend Horton Heat. But on his latest release, he morphs into Reverend Organdrum and, as you’d expect, with the change of identity comes a change in music.

The record is chock full of great organ-trio music, movie theme songs – and everywhere, fine guitar playing. Why the change?

“In between Horton Heat stints I kind of look for something to take my focus off writing and put my focus on learning. I was riding around with Tim (Alexander, friend and keyboard whiz) and we were listening to Hammond stuff. He said “It might be kind of cool if we did this thing where I held down the bass and you and me just find a drummer and work up all these songs.” I thought that’d be a lot of fun, plus he’s won five Grammys and is a really great arranger, so I’d get to hang around with him and that would be my learning experience. We just worked up some standards and songs that would have been popular in the early/mid-’60s and started playing gigs. It’s a pretty low-key deal, ya know? It’s been great because Tim’s really good at teaching people music stuff without them knowing it. He’s such a sweet guy. He’ll say ‘hey, you know, a whole tone scale there. Try that.’ You do, and it’s like ‘Thanks a lot’.” 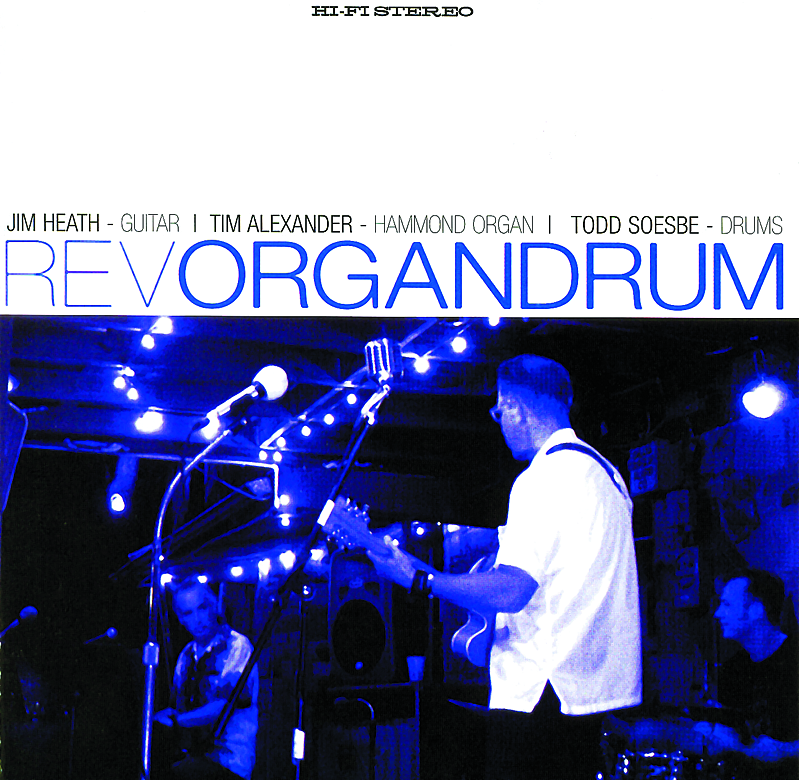 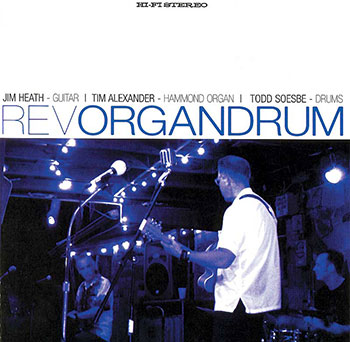 Heath’s guitar career started with the help of cousins playing at family gatherings. “They’d do stuff like ‘Folsom Prison Blues,’ ‘Blue Suede Shoes,’ and Creedence songs, and I just thought that was the coolest thing ever. My folks got me a cheap guitar – it must have been a Stella. I started playing and got really interested when I visited the local record store and the guy had on some ripping blues stuff. I think it was Little Walter, then some Sonny Boy Williamson, and some Muddy Waters. I loved it because up to then I’d been buying all the Black Sabbath and Alice Cooper records. I thought the blues was pretty cool… of course, none of the other kids thought that was cool at all, until later! So, it was great that a mom-and-pop record store kind of guided me to something besides corporate rock. That’s been the key to my career, in a way.”

Heath’s guitar education started with those records and a B.B. King book he found in a local store. He played in local bands which he calls good learning experiences. Then he started focusing on rockabilly during a resurgence of that musical form in the late ’70s. “I thought it was sort of what my cousins were playing back in the early ’70s. It was a bit of a revelation to me. I thought, ‘Instead of being another white kid playing the blues, I could play this.’ I could write my own stuff and find my own voice, and that’s where the Reverend Horton Heat started. Things morphed a little bit after that. The guys in the band wanted to play blues clubs and make 200 bucks each for a night. But punk clubs had better energy and were more fun. Of course, we only made 75 bucks for the whole band! But I just thought we can go with the alternative thing and have more high-energy gigs and I’ll bet by the end of the day it’ll be more of an event type of thing that’ll be better for us money-wise, eventually anyway. And, that worked out, too.”

Heath’s main axe these days is his signature Gretsch, the 6120RHH. “It’s a little different than my other Gretsches, but it certainly gets me in the ballpark.” Heath says the thing he likes about the guitar is it’s versatile, lets him gets lots of sounds and is extremely reliable. That reliability can be an issue with one of his favorite older guitars, a 1954 Gibson ES-175. “That guitar is just the most killer thing. But it buzzes in certain venues.” He points out, with a laugh, noting that it’s not always the guitar’s fault. “You never know about these idiots. They’ll put neon all around the stage so everything’s buzzing, or their brother-in-law wired the building…” The instrument’s wiring has also given him trouble, so he doesn’t take it out much. The problem has also intermittently affected several other guitars he owns, including a Guild Duane Eddy. “I’ve got some great stuff, but the hard thing about vintage guitars is they’re so popular I’m afraid to take ’em out with me!”

When it comes to amps, Heath’s answer is short and sweet. “I’m really into Fender Super Reverbs.”

The Reverend Horton Heat has gained notoriety lately by the inclusion of the song “Psychobilly Freakout” on one of the Guitar Hero video games. “Yeah, it’s weird. It’s like having a hit. It’s very cool for us and apparently what’s odd is they’ve set up the game so that this song is one of the hardest. I saw on You Tube some 8-year-old kid that was playing the song at the highest level and just going crazy.”

Heath and the Reverend Organdrum play the occasion gig. “It’s a weeknight band,” Heath says. “Tim plays in the studio and with other bands, and with the Reverend Horton Heat playing, we always end up doing like Wednesday nights. So we play for lots of bartenders and waitresses!” As for Horton Heat, Heath is writing and says they’ll get in the studio eventually, but that’s not what it’s about.