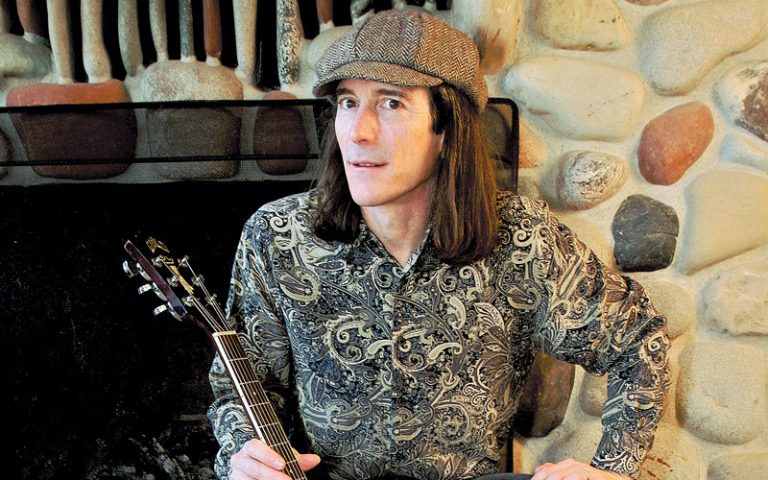 Working under the nom de plume T. Malcolm Oxford, Rick Stockton is the leader, producer, and guitarist for the Strolling Scones, a band that, according to its own bio, “sank to the bottom of a frozen lake in 1969.” They were thawed out in 2004, and the fruit of their labor is the wonderful (and aptly titled) new record, Well Thawed Out, which features eight Stockton originals and eight inspired covers of ’60s tunes.

As you may have guessed, Stockton and company are having a little fun with the bio and the names. Their good times started a few years ago when 3 In the Morning, the trio comprised of Stockton and his wife, bassist Helen Highwater, was booked for a gig.

“I got an offer to play a New Year’s Eve Dance,” said Stockton. “The guy wanted a ’60s band. So we thought up a fictitious name. I didn’t know if I could do four hours of ’60s music, but I thought to myself, ‘I’ve played enough of this stuff throughout the years, I can probably dig up some nuggets and do some of them.’” So Stockton recruited his wife, a drummer, and two female singers, and the Strolling Scones were off and running.

The 53-year-old Stockton is a journeyman musician who has honed his craft through many years of playing and gigging. “The Beatles on Ed Sullivan were a huge inspiration that got me started. I just started in fifth and sixth grade, playing pop hits. And by the time I hit high school, it was Hendrix and Zeppelin. That stuff really got me going.”

Stockton spent most of the ’70s in Colorado, where he did mostly folk-style music. “The singer/songwriter thing was real popular, and I did that. Even with bands, it was acoustic. I did lots of folk, bluegrass, and country.”
In the ’80s, he moved to Austin and played in a band that did originals. He also started recording.

“I just started buying studio equipment and doing it myself,” he said. “The equipment just seemed to multiply.” His love of the studio and his knack for picking up sounds helped him nail the ’60s sound on Well Thawed Out. “I’ve done a lot of listening to those old records, and you start hearing things, you read about them and realize using the right instruments is a big thing. I didn’t realize until the Scones thing how important the Rickenbacker guitar was. It has such a unique sound. I’d never played one before this record.”

Stockton spent a year at the Southwest Guitar Conservatory with the likes of Jackie King and Herb Ellis. So it’s not surprising that he lists the likes of them, Tal Farlow, and Charlie Christian alongside Hendrix, Page, Clapton, and Bloomfield as big influences on his playing.

While the Rickenbacker has become a staple of his sound with the Scones, he still falls back on old favorite six-strings. 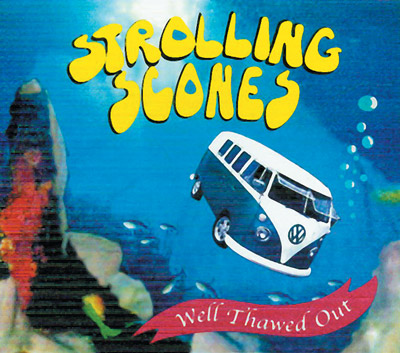 He also finds a lot of use for his early-’70s Guild T-100 with humbuckers, a Rickenbacker 660/12, and a sitar-guitar heard on several cuts. His amps include a ’71 Fender Pro Reverb and a ’70s Music Man combo converted from a 2×10″ to a 1×12″. He also uses a Johnson Millennium modeling amp for rhythm parts.

Stockton’s original tunes are very satisfying, and the covers will even have the most eclectic fan of ’60s music running for a source book. “There’s a lot of cool stuff nobody has ever heard; we got into the Left Banke, and I’d never heard anything but ‘Walk Away Renee,’ but all their stuff is great.” He also professes a love of Bubble Puppy, whose “Road to St. Stephens” is covered. “They were a great guitar band. The whole record A Gathering of Promises is one everyone should check out. They had two lead guitarists who were really good playing little intertwining leads. I don’t know why they didn’t become more famous, but they were a great band, with substantial writers and very good guitar players.”

Other covers include tunes by Moby Grape, Mike Bloomfield, the Kinks, and Love. And as for the Scones, Stockton says they’ll continue with that gig, along with the 3 In the Morning band. “I’ve got a new batch of Scones tunes written and we’re looking at putting together a new record. We’re gaining momentum and moving from our side of Colorado toward the Denver area.” – John Heidt