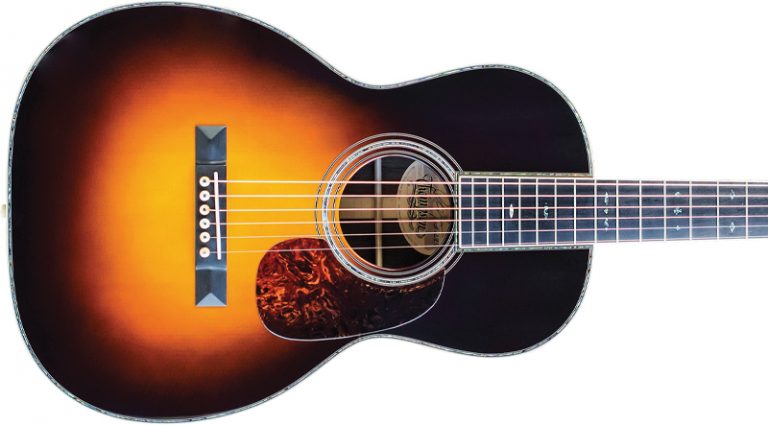 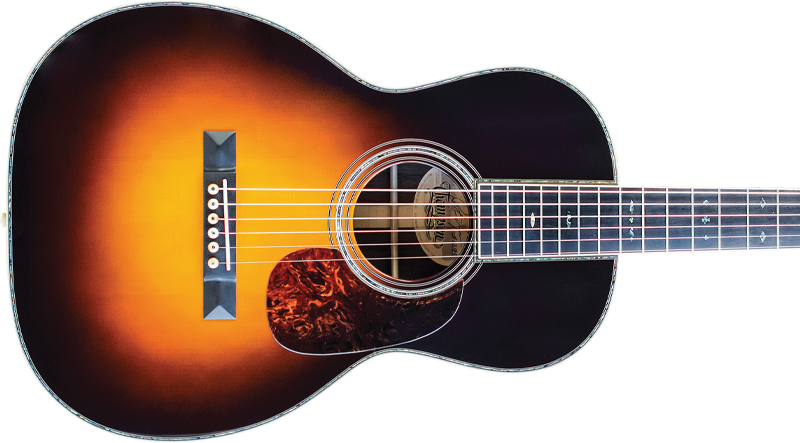 Given their scarcity, few mortal pickers will ever own a pre-war Martin 00 or 000 with 45-level appointments. But a handful of luthiers have dedicated their work to building instruments that attempt to offer the sound and feel of such classic vintage instruments. Preston Thompson is one such builder, and examples of this dedication manifest in his 00-45.

Boasting “shipwreck” Brazilian rosewood back and sides and an Adirondack spruce top, it emulates Martin’s 45 series instruments, which were given that company’s fanciest ornamentation on a production model.

As with traditional 12-fret-to-the-body designs, the Preston Thompson 00-45 has a slotted headstock. The review sample came with light-gauge Elixir strings and was safely housed in a Harptone deluxe case.

From the moment of unboxing to the final note played before packing up and returning the guitar to its creator, the Preston Thompson 00-45 was a visual and aural treat. Even after multiple careful examinations I could not locate a single production flaw. Despite the perfect workmanship, this 00 certainly didn’t lack “mojo” or personality. Nowhere was the finish overly slick or too thick. All the workmanship was in service to the guitar’s vintage sound and aesthetics.

And the 00-45’s playability was the equal of its workmanship. This masterpiece played well, with no buzzes anywhere from the first fret to the twelfth. The sustain, especially on the three higher strings, was long with a gradual decay on both chords and single notes. Even with a light touch the sound sprang out of the 00-45 with a vibrancy and energy reminiscent of larger, dreadnaught-sized instrument.

The ultimate test with any new vintage-style instrument is how well it compares to the genuine article. The Preston Thompson 00-45 proved as loud and articulate as a 1936 000-18, with almost as much vintage midrange rumble. While the 000-18 had more bass energy and a more balanced and integrated harmonic character, some of this difference probably stems from the 00-45’s newness – it takes at least six months for hide glue to achieve its maximum hardness and nitro finishes can outgas enough during the first year to reduce their thickness to less than half of what it was after application. Preston Thompson’s 00-45 still has some serious maturing ahead before it reaches full sonic potential. To steal a line from Peter Rowan, “The guitar is so new it still thinks it’s a tree.”

Yes, the outlay for this guitar is large. But, if you consider that a 1929 Martin 00-45 goes for more than $75,000 (and forget about finding a sunburst) the stunningly beautiful Preston Thompson 00-45 could even be viewed as a bargain.