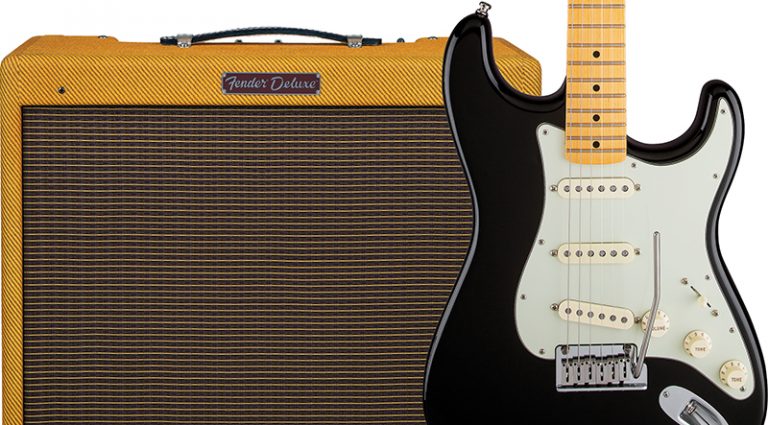 Leo Fender once famously said, “A guitar is just a hammer.” If you haven’t yet found a hammer that fits like it should, this may be it.

After U2 guitarist The Edge signed on to Fender’s board of directors in 2014, everyone expected a signature guitar was forthcoming – and that it would likely be based on his fave, a black ’73 Stratocaster.

The Edge was inspired after watching Irish blueser Rory Gallagher wailing away on his paint-scoured Strat. And while The Edge has played many guitars from other brands, he keeps returning to that source.

When he began designing this guitar, his goal was to improve on his ’73. Fender built nine prototypes for The Edge to play on tour, discarding certain alterations, approving others. The resulting guitar is a rather like a “greatest hits” collection.

The key word here is “refinement.” There’s nothing revolutionary (well, one thing, which we’ll get to). Instead, this is a beautifully refined Stratocaster that will make you want to play it. The neck is one-piece quartersawn maple with a C-shaped 9.5″ radius, medium jumbo frets, and that CBS headstock crowned by short-post locking tuners. The neck joins the body with a rounded heel, providing easy access to the uppermost frets. It’s simply a lovely neck.

The body is alder, and the bridge is fitted with a modern two-point synchronized vibrato with pop-in arm. The pickguard is suitably minty.

That aforementioned revolutionary feature is in the pickups. The middle and neck units are Fender Custom Shop Fat ’50s single-coils, while the bridge has a DiMarzio FS-1. Unlike all other Strats, which have staggered pole pieces, the pickups made for The Edge model have flat poles. The result? A wonderful balance of string definition and a wide array of tone. 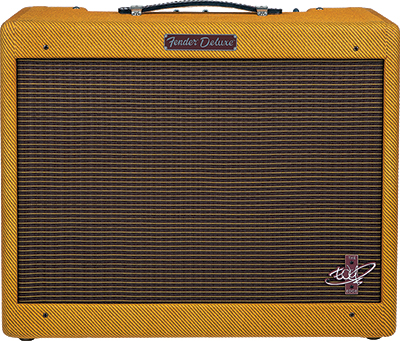 The Edge Strat is available in any color – so long as it’s black – and includes a cool custom case.

The Edge was a latecomer to the charms of Fender tweed amps, but when he first played a ’57 Deluxe, it inspired him, and the song “Vertigo” practically wrote itself.

The Edge Deluxe is a modern, hand-wired re-creation of that 5E3 circuit, with 6V6, 12AX7, and 5Y3 tubes. The main changes are modified phase-inverter circuitry for tighter bass response and a 15-watt 12″ Celestion Blue speaker that boasts an enhanced tonal range and sweeter midrange than the Jensen blue-cap of yore.

Plugged in together, they’re a tremendous combo. Yes, you can find modern tones, but it’ll also dig into rockabilly, classic rock, psychedelia – you name it.

The Edge Deluxe may be Fender’s best tweed reissue. Warm and defined, it’s also loud and raucous when needed.

Whether or not you’re a U2 fan, you gotta hand it to The Edge, and Fender. This is a classic combo, right off the shelves.