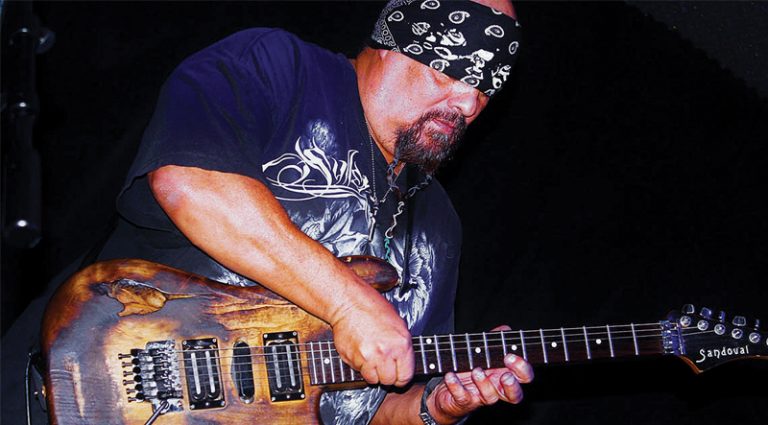 Ronnie James Dio unleashed a slew of championship guitarists, but one notable who flew under the radar was Tracy Grijalva. An underrated genius, he contributed to some of the darkest and most terrifying playing in the ’90s-era Dio catalogue.

The albums Strange Highways and Angry Machines are Exhibit A. If you have any doubts, check out the live albums Inferno: Last In Live or Live In London as Tracy brusquely manhandles Vivian Campbell’s melodic template and takes Dio’s lyrics to new places.

Tracy has never stopped playing and this latest is a blistering achievement with a muscular vibrato, brutal rhythms, and guitar tones to die for. His ominous melodic thumbprint remains intact as vocalist Michael Beatty and bassist Randy Oviedo join drummers Ray Luzier and Patrick Johansson for 13 heart-pounding compositions.

Tracy G. is a uniquely imaginative guitarist with vision and style. Tramp contains a variety of moods from the hard-hitting “Arrogant Prick” to the somber “Me Myself And The Rain.”