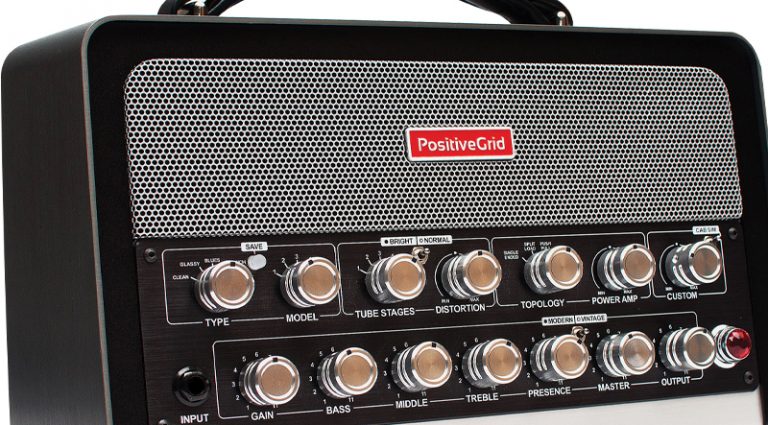 Designed to be a dream machine for players who just love to “experiment” with tone, the Positive Grid Bias Head is stand-alone that interfaces with software to create fresh presets that can be downloaded. But it’s actually more because it can record other amps, tweak them on a computer, and save them as presets.

With groovy ’60s-style knobs, the Bias Head offers two major sound controls – Type (Clean, Glassy, Blues, Crunch, Metal) and Model, which offers five choices. The next stage presents the tube simulations for tone and distortion, while the Topology and Power Amp knobs delivers sims of the power-amp stage. A cabinet-simulation control finishes the top row, useful for recording or going straight to PA. The bottom row of knobs works like a traditional amp, featuring Gain, Bass, Middle, Treble, Presence, Master, and Output. The overall output from the 600-watt solidstate power amp will depend on the cabinet it’s run through; there are also stereo balanced and unbalanced outs, as well as an effects loop. 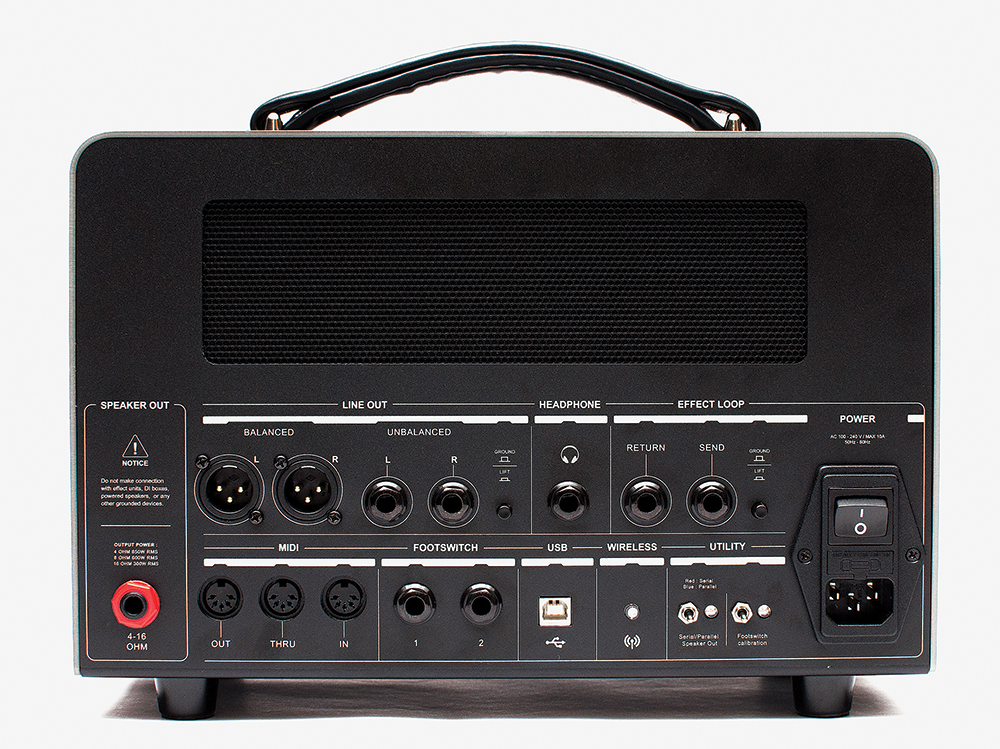 On the job, the Bias Head offers a vast assortment of tones even without loading software. Pull up fat cleans or hairy distortions with ease and, when you find a sound you like, save it with the blue LED button. The real magic is when you link it to your computer or compatible mobile device using the app and Bluetooth. Adjust parameters to your own taste, download other guitarists’ presets, or record other amps and adjust them with the ToneMatch software.

While the amp works great as is, the person who grabs the Bias Head will most likely enjoy customizing every detail to taste – from its simulated preamp tubes and EQ to transformers, speaker cabs, and even virtual microphone positions.

The Bias Head isn’t for everyone, but if you’re a player who feels constrained by the “closed universe” of an old-school head or combo, this 21-century amp will impress. It also has a small-box chassis, making it portable for desktop recording, rehearsals, and gigging. In fact, with the Bias Head, you won’t ever show up to a gig with one amp – you can conceivably show up with every amp.