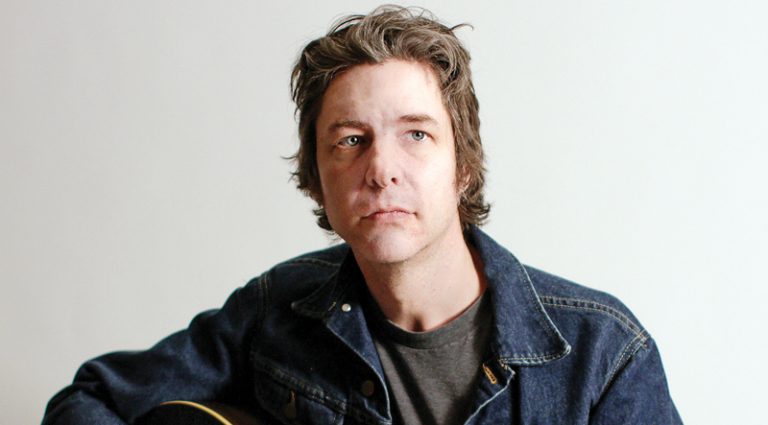 Expatriate English guitarist James Elkington has long been based in Chicago, collaborating with other musicians including Janet Bean, Nathan Salsburg, and Steve Gunn. His first solo album is a mostly-acoustic effort called Wintres Woma, and it gives nod to his homeland in ways beyond its Old English title, which means “the sound of winter.”

“The way I write songs has a kind of ‘Englishness’ to it, though I haven’t really been able to put my finger on what that is,” he recently told VG. “It gets in your bones, and I’m more aware of it now that I don’t live there. I was also concentrating on trying to get the arrangement figured out in the guitar part in the way that a lot of British folk players used to do.”

Elkington played his parts in a DADGAD, a tuning he practiced during down time on tours.

“I wanted to tap into the way people like Pierre Bensusan and Martin Carthy arranged traditional songs, and apply it to my own,” he explained.

Wintres Woma was recorded at the studio of alt-rock band Wilco, where Elkington used guitars owned by Jeff Tweedy.

“Jeff’s collection is out of control, so I had to limit myself to the eight or nine guitars immediately around me, just to get any work done,” Elkington said. “The one that got the most use was Jeff’s Gibson L-00 from 1934, which sounded great in the room, but even better recorded. It was exactly the sound I was after, so I used it for almost everything. I recorded a couple songs with my Santa Cruz OM, which has been my main guitar for a while. I also used a ’50s Martin nylon-string, and one of Jeff’s Waterloo WL-14s. I was so impressed with his that I bought one to use on tour. It’s the closest thing I have to Jeff’s L-00.”

He also played banjo (“a crappy Washburn I’ve been dragging around for 25 years”) and a dobro.

The album’s leadoff track, “Make It Up,” is also the first single, propelled by a rolling, rapid-fire fingerpicked anchor lick and one of the few electric guitar passages on the album.

“It’s the most-accessible song on the record – kind of uptempo, but also a mission statement,” he detailed. “The electric is a parts Tele with an old Burns Tri-Sonic pickup, going through a ’60s Magnatone Twilighter.”

The only discernible percussion is a tabla sound on “Make It Up” and “Wading the Vapors.”

“Those are congas played with mallets by Tim Daisy, who’s a great drummer,” Elkington said. “Anything else in the way of percussion is probably me.”

“The Parting Glass” is a traditional instrumental.

“It’s an old Irish tune I found in a book,” said Elkington. “Again, I’m a fan of how people like Martin Carthy and Bert Jansch would arrange traditional music for other tunings, and that was my first attempt at taking a melody and putting a newly composed harmony to it.”

What sounds like an orchestral interlude on “Greatness Yet To Come” is “…actually just two very gifted musicians doubling themselves with different instruments and making it sound like an orchestra. Macie Stewart plays violin and viola, and Tomeka Reid plays cello. I wanted it to have a cinematic feel, and I think it came out really well considering it was just the two of them.”

The final track contains another bit of electric. “The solos on ‘Any Afternoon’ are a Les Paul,” he said. “It’s chambered and has Duncan Antiquities. I’m way into it.”

While Elkington had a concept for the disc and is proud of the results, he still appreciates playing with others.

“I think collaborations are my more-natural habitat,” he said. “As long as I get a balance, I’m happy.”