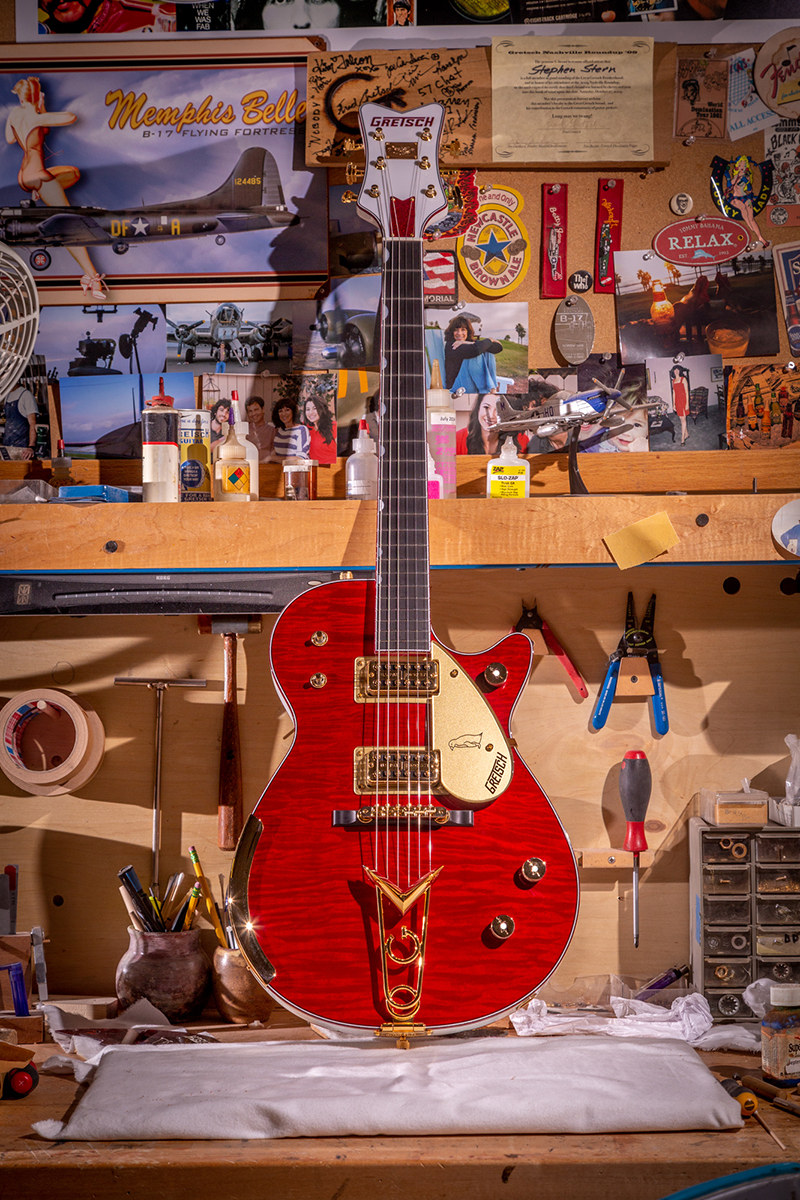 Shortly after FenderÆ acquired licensing for the manufacture, distribution and marketing of Gretsch guitars in 2002, the idea of a Gretsch Custom Shop surfaced, especially given the world-renowned success of the Fender Custom Shop.

Among the dozen or so master builders there at that time, only twoóStephen Stern and Chris Flemingóhad significant arch-top hollow-body building experience. Stern had studied under two of the worldís greatest arch-top luthiers, Jimmy DíAquisto and Robert Benedetto. He arrived at the Fender Custom Shop in 1993, working directly with DíAquisto until the great luthierís death in 1995, while also crafting fine Benedetto guitars. Fleming was an acclaimed Fender Custom Shop master builder whoíd arrived at Fender in 2000 and quickly established a sterling reputation as one of the shopís top craftsmen.

With Stern tied up with Benedetto, Fleming and Fenderís George Blanda were tabbed to build the first-ever custom U.S.-made Gretsch models, which debuted at the 2004 winter NAMM Show. The stunning new limited-edition versions of original-era classicsóa G6136CST White Falconô and G6120WCST NashvilleÆ Western were warmly received and earned much acclaim, and with that the Gretsch Custom Shop was up and running.

The G6136CST White Falcon and G6120WCST Nashville Western formed the nucleus of the Gretsch Custom Shop offering throughout the mid 2000s, joined each year by new limited-edition custom Gretsch guitars of impeccable style and build. These included the G6136TCST-R White Falcon LTD Custom Relic of 2007-2009, the G6120WCST-R Nashville Western LTD Custom Relic of 2007, the G6118T-R-CST Anniversary Relic of 2007-2009 and the G6128TDS-R Duo Jetô Relic with BigsbyÆ of 2008-2009.